For more than four decades, dating back to his appointment as head coach of the NASL Los Angeles Aztecs when he was 25, Terry Fisher has been a proponent of pushing the game forward in the United States.

He has coached teams and worked as an executive with teams on many levels. As CEO and Executive Director of Washington Youth Soccer, which celebrated its 50th anniversary last year, he oversees the sixth-largest state association in the country.

He has proposed to U.S. Soccer a restructured system of league competition for players 13 and older by which teams in separate youth organizations compete against each other regularly, with promotion and relegation used to delineate the caliber of play. He also wants a huge marketing and publicity campaign to greatly increase the registration numbers of youth players from the current 4 million. 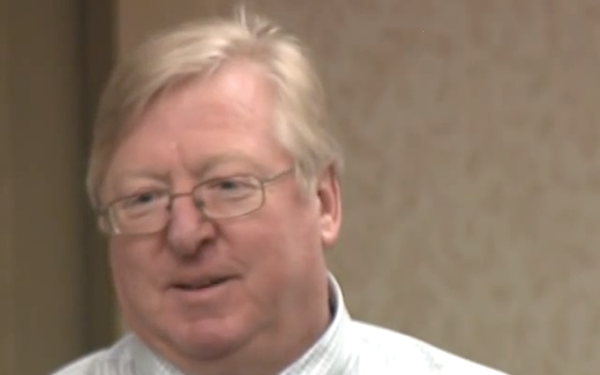 SOCCER AMERICA: There are myriad issues being discussed as the U.S. Soccer presidential election in February draws closer with eight candidates officially nominated. But what is not being discussed enough?

TERRY FISHER: I wanted to focus on the youth-soccer piece of this because otherwise we get a lot of overview and not much substance. What I’ve been telling people running for office is, ‘Focus on one thing.’ And you probably see we’re getting not much of anything and a broad brush of everything.

For a long time, we’ve kicked down the road the issue of dealing with youth soccer in America because it was a swamp and unfortunately that bill has now become due and payable

How did we get to this point, where U.S. Soccer has been so busy it hasn’t been able to govern the sport in this country?

U.S. Soccer has an obligation from FIFA to manage the sport in America. The fact that they have been unwilling to get into the swamp of youth soccer has been the problem for the last 30 years. You can also chart the bank account of U.S. Soccer. As the money changed, so changed the relationship. U.S. Youth was king of the mountain back in the days of Don Greer [founder of U.S. Youth Soccer], when they had all the money.

In 1987, 1988, the federation had to borrow money from U.S. Youth to pay some of its bills. When that balance shifted, with all the money and the surplus that came after 1994, youth soccer went on the back burner and not to the benefit of soccer. Suddenly, we had multiple youth organizations, to the detriment of U.S. Soccer. Competition in this case did not make us better. It made us worse. How many places in the world does that exist?

What is the most important task facing the next president?

The new president of U.S. Soccer has to have just one thing in mind: How do we solve the youth-soccer development problem in America? Major League Soccer and pro soccer and all that stuff and all the platforms that people are hypothesizing; do you think the U.S. Soccer president has anything to do with pro soccer in America?

No. Who cares? They’re going to run their business. Does the EPL rely on the English FA? Are you kidding me? I suggest MLS does not look to U.S. Soccer anymore to do anything. ‘Just stay out my way because we’re billionaires.’

With the vast amount of dollars and the vast amount of money that SUM has accumulated, we need to reap the rewards and create media interest in our sport. Not qualifying for the World Cup didn’t help. It’s just a minor setback but we need to launch into the future and I think we are in the right moment to do it. The Petri dish is perfect for this perfect storm.

You want the next president to implement regular league play within the states by which teams in the various youth organizations compete against each other, rather in their own separate competitions. Why is this important?

As a federation, we have now come face-to-face with the issue that we need to be proactive and resolve the youth-soccer problems or it doesn’t matter what we do at the other end of the game.

We must mandate that we play each other even if we’re in rival youth associations. Who cares? The organizations can keep their money but they have to play each other.

We have to look under the emperor’s skirt and see what’s underneath. This is all smoke and mirrors and deception of parents, and marketing at its worst. The truth lies in the table. And the only year it’s a problem is year 1, when you structure it. Every year after that is promotion and relegation, you move up and down.

Why is the promotion-relegation dynamic important in this revised structure?

The teams’ records will speak for themselves and the marketplace will sort out the money that these clubs can charge parents, because the proof will in the pudding. There will no longer be the illusion that you are something that you are not. If you play an integrated schedule, Man United can say what they want but Manchester City is better.

The only place that pro/rel works in America is at the youth level. Anybody who wastes one minute arguing about pro/rel professionally in America is a lunatic, because it ain’t going to work. Never going to happen, not in your lifetime, not in a thousand years. So we should just stop talking about it.

Unless you end fragmentation and aggregate all the players above the age of 12 or 13 into a vertical league structure, we’re going to remain mediocre to poor for the foreseeable future. I don’t anybody can even argue with that fact.

Most state associations don’t want the federation telling them what to do. What makes you think this kind of decree can work?

We don’t need a soccer summit, we don’t need more meetings, we need people who can make a plan of action and move forward. We were going to win the World Cup in 2010; we need another 10-year plan. Really?

I’m taking the one percent of kids who play in the academies out of this and putting it over there. That will take 50 years to shake out. Leave that over there.

I’m talking about what’s left in the structure. Those kids that will develop need to play against each other. They can’t be divided between U.S. Club and U.S. Youth. Impossible. If we want to stay average in the world, we can continue to play separately. It is so clear that the U.S. Soccer president needs to mandate this structure.

I’m not putting out this mandate for a debate. I’m telling you that if you want to be an affiliated member of U.S. Soccer youth, you have to play in a vertically integrated league structure within your membership state, which in this case is Washington. Why is that difficult?

As an example, how would this work in Washington?

We have clubs here that have $5-million budgets. In our state association of 100,000 kids, we are running like a finely tuned engine with 10 or 11 people. It’s not that difficult. I have a commissioner of a league that has one thousand teams. I got people that do cups, I got people that do Olympic Development. You don’t need a staff of hundreds. You still have structure below you. Professional staffs run all the clubs in this state.

The game has been professionalized. That’s the way the game has changed, for the better by the way. That doesn’t mean we don’t appreciate the volunteers, but everybody’s busy, and everybody’s got six jobs and has to make sure the kids get home.

I’ve yet to hear from anyone to tell me the structure I’ve proposed can’t work. All we need is for U.S. Soccer to mandate that structure, and it happens.

You have some rather radical thoughts about how to drive up the numbers of registered youth players. First of all, what’s the purpose of this effort?

We need total marketing integration from Major League Soccer and U.S. Soccer to grow this sport through the Web sites and on-line registration to make the numbers big enough so we can actually succeed.

The only way to recruit more kids playing is if you’re able to harness mass-market media, and the only people who are spending money every single week on television is Major League Soccer, USL and U.S. Soccer. Every broadcast and every U.S. Soccer game has to have a huge component about, ‘How do we register more kids?'

Volunteerism in America is dead. D-E-A-D. The professionals have to figure this out. The only way you’re going to recruit more kids is to put it into all of your broadcasts. Every game needs to have a PSA [Public Service Announcement] about going to a Web site and registering your kid to play soccer, every Hispanic broadcast.

That is how we recruit more kids. It isn’t mom and pop knocking on doors asking people to register their kids to play soccer. It has to be a coordinated, marketing plan, from the top of the game, which sells tickets for MLS and grows the sport for U.S. Soccer. It’s no different than recruiting more engineers for Google or the space program. It has to be a nationally coordinated effort.
’
More kids playing also means more people involved in the game, and therefore potential fans for the pro teams and the federation. But it’s taken decades for the game to grow as much as it has. Is this how some of U.S. Soccer’s surplus is best spent?

If you ask about the money, the money we have is already being spent on media. We just have to allocate enough time and structure to promote it. All the stuff we’ve been doing, yes, we have to do more of it. I get it. But we have to make soccer access easier and we do that through mass media.

Some marketing person can put together and figure out how to get the help of MLS to promote that nationally. We need a national goal to double our registration numbers.

This idea is so self-serving for pro soccer, it’s a no-brainer. That’s the role of the federation. Put that as a national goal. You want to be the preeminent sport, you need to double the number of kids registered. That’s a starting point.

And what is the end point?

u.s. soccer election, youth, youth soccer
13 comments about "Terry Fisher on why pro/rel in an integrated league structure is essential at the youth level".
Read more comments >
Next story loading