Honor the innate desire of children to learn through play

“I just think they should go to school,” remarked a friend of mine commenting on home-schooled children.

“So that they learn something,” she replied.

“And if they learn just as much by not going to school?” I responded.

1. Children learn. They are wired for it and embrace it with an insatiable curiosity.

2. Children like to play. They are wired for it and embrace it with limitless energy. 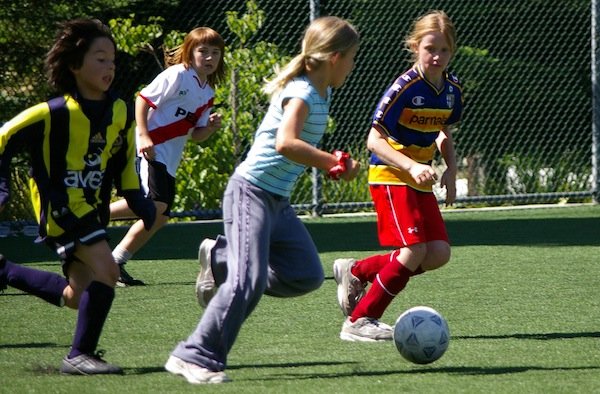 As soccer coaches, we sometimes forget these two universal truths. We, as coaches, feel that we must fill an empty vessel that would otherwise without us go about the world ignorant and incapable.

Throw a ball in the midst of children and a game of some sort will break out. In most of the world that game will be soccer. And in that game, all elements of what we want in our training sessions would flourish: leadership (picking sides), governance (rules), ball control, movement, position play, behavior, fitness, and mindset.

What will not happen is that the children will do a few laps around the field, stand in a line, and then stop for a whistle. At times, our children are over-drilled. Drilled to boredom and drilled in way that fails to honor the innate desire of children to learn through play.

Some of the greatest players to have ever played the game learned the game on the streets -- the humble streets of cities worldwide. Streets void of whistles and coaching tips.

As Johan Cruyff said: “I trained about 3-4 hours a week at Ajax when I was little. But I played 3-4 hours everyday on the street. So where do you think I learned to play football?”

The beautiful game itself offers the best education to children, all of whom are natural learners.

(This article was republished courtesy of Todd Beane, who can be followed on Twitter at @_ToddBeane. He is Founder of TOVO Training and TOVO Academy Barcelona. TOVO Training combines pedagogical practices of experts in the field of education with the visionary principles of a total soccer legend Johan Cruyff. TOVO Academy Barcelona offers soccer immersion programs for youth players and development courses for coaches.)