Gonzalez grew up in Santa Rosa, California, 55 miles north of San Francisco. What he achieved in the last six months is extraordinarily rare for any young player, from anywhere in the world. 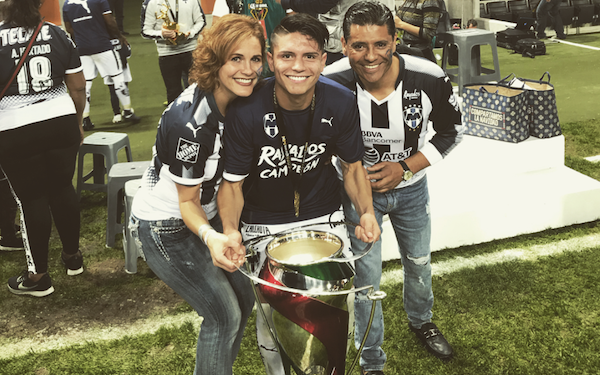 One of the richest teams in the Western Hemisphere, Los Rayados are bankrolled by beverage and retail company FEMSA, Mexico's second largest company according to Forbes. Gonzalez's teammates have played for the national teams of Colombia, Argentina, Uruguay and Mexico. The California-born Gonzalez has played for the USA from the U-14 through U-20 national teams, but is also eligible for the Mexican national team because of dual citizenship thanks to his parents' heritage.

Within a five-month period, beginning with his July 22 debut, Gonzalez played 27 games for Monterrey in Liga MX and the Copa MX.

We spoke to Gonzalez during his Christmas vacation to his California home, which he left at age 14 after Monterrey was one of 13 Liga MX clubs that offered him a trial at the 2013 Sueno Alianza.

SOCCER AMERICA: How do you account for getting so much playing time this season -- as an 18-year-old on a team of veterans?

Was it daunting to deal with the pressure, such as playing in front of big crowds in crucial games? (Monterrey averaged 48,392 fans.)

You played in central midfield ...

Right now, I’m more of a defensive midfielder but I also like to attack.

What position did you play on the Monterrey youth teams?

Attacking mid – we played with one holding, two attacking. 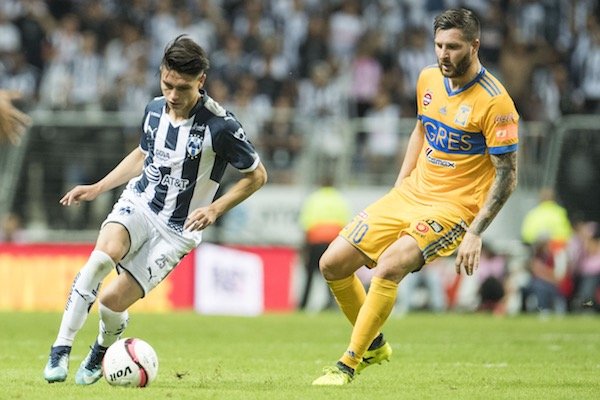 What was it like for you to leave home? Did you have any hard times, wondering whether the sacrifice would be worth it?

When I originally got there, it was probably one of the hardest things I’ve ever done. Leaving my family at such a young age. And being there by myself was really hard. But after a while I got used to it pretty much. There were a lot of people who helped me out right when I got to the club.

You live in the club dorms ... and attended a Mexican high school ...

My normal day was, wake up, practice, and then go to high school in the afternoon. It was a Mexican public high school. It was different, but I liked it.

How was your Spanish when you arrived?

So so. We spoke Spanish at home. The challenge was learning to write.

It was more complicated and competitive than what I was used to.

Anything in particular that you think helped your development?

Once I got there, I started playing one or two years up, and it’s always been like that, playing up.

And the youth teams play the same schedule as the first team?

We always played on the same day as the first team. We traveled to the away games. We did everything pretty much the same as the first team -- but we played in the morning -- against the same opponent, in the same place. It was an awesome experience. Something new to me.

At the Sueno Alianza National Finals, in 2013 in Los Angeles, you got offers to try for 13 Liga MX teams. How did you end up at Monterrey?

Alianza was great experience. They’re the main reason why I’m in Monterrey right now and I’m very thankful to Alianza for all they’ve done for me and for all the other kids who are trying to make their dream a reality. ... I visited different clubs. Monterrey felt like home. My teammates, the people around me, made me feel at home.

Your first call-up by the U.S. youth national team program was in 2012, with the U-14 team, then coached by Hugo Perez, right?

Yes, I'm very thankful to Hugo Perez. He had a big influence on getting me to where I am today.

Perez also coached Weston McKennie and Christian Pulisic, did you play much with them?

They're older, but once or twice I got called in with them.

While at Monterrey, you took several trips with the U-16s, U-18s, and were on the U-20 team when it won the Concacaf tournament to qualify for the 2017 U-20 World Cup. How did you like those trips with U.S. national teams?

We went on a lot of trips abroad and it was honestly one the greatest experiences I ever had -- being with the national team -- and I’m really thankful for that.

[Editor's note: Gonzalez, at age 17 the youngest U.S. player on Coach Tab Ramos' squad, made two appearances at the Concacaf Championship. However, he was not selected to the U-20 World Cup squad.] 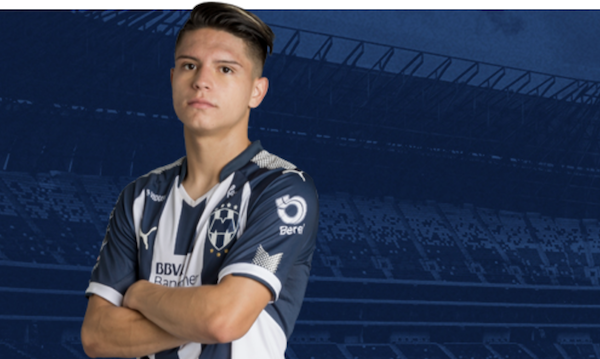 When the full national team played Portugal in a friendly last November, you had already been starting for Monterrey for more than three months, but you were not on the U.S. roster ...

It's been widely reported that you're being courted by the Mexican national team. Obviously, U.S. fans are curious how that will play out ...

At the moment, I really haven’t thought of it much. I focused on my club because of the finals and all of that.

How much influence did your soccer-playing father, Alonso, have on your soccer?

He started coaching me from when I could walk till about 10 years old.

I heard he took you to train on the beach?

Yeah, he'd take me running in the sand. I think that's why I don't stop running in games now.

How much soccer did you play on your own?

We spent most of our time playing soccer, me and my brother [Adrian, who is now 14]. We’d got out and shoot, kick some balls. And we played in the house all the time. We broke a lot of stuff.

Windows, vases, holes in the walls, ruin dinner sometimes. Our parents would get really angry.

But now they think it was worth it?

Yeah, I think so.