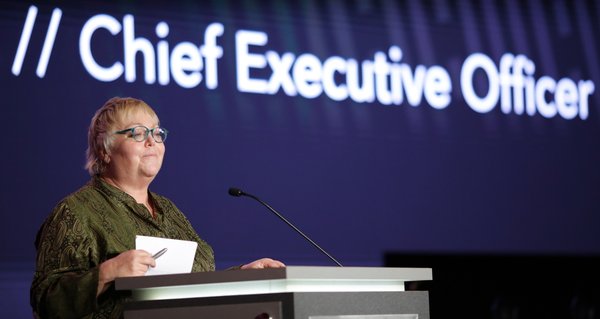 SOCCER AMERICA: How would you describe United Soccer Coaches to someone who is completely unfamiliar with the organization?

LYNN BERLING-MANUEL: At its simplest, United Soccer Coaches is a trade association for soccer coaches. However, that’s an imperfect term, because trade associations are usually strictly for professionals. We are much more comprehensive than that.

We unite all soccer coaches around the love of the game. Many of our members are career coaches and many other members take their coaching very seriously, but don’t do it (or want to do it!) as a day job.

They are volunteers or paid a stipend but are equally important to our association. Our members run the breadth of soccer coaches: recreational, professional, elite youth, college, high school, and competitive. Our three areas of support -- advocacy, education and service – are customized to each of those coaching levels.

What was it like at the United Soccer Coaches offices on the morning after the USA's loss to Trinidad & Tobago that eliminated the USA from 2018 World Cup qualifying?

It was bleak. How could it not be? It ran the gamut of emotions with disappointment and frustration at the top of the list. However, we also took a pause … a step back. After that first hit of despair, we started to ask whether this could be a wake-up call to look at our game with fresh eyes. We think it must be.

Does the USA’s failure to qualify for the 2018 World Cup affect what United Soccer Coaches does?

It doesn’t change the basics. Soccer didn’t fail. Our absence from the World Cup reminds us that American soccer is still most successful when it has grit. We didn’t see that in Trinidad & Tobago. There are many perspectives within our membership, but I believe we have to realize we are not like the rest of the world. Our size and diversity as a country is both a challenge and an advantage. We have to find an American soccer model that works for us.

Has United Soccer Coaches planned anything specifically in reaction to the World Cup qualifying failure?

With the United Soccer Coaches Convention taking place from Jan. 17-21 in Philadelphia, we knew we had a perfect platform to talk about what has happened and how coaches can address it. We have announced a Coaches Summit that is bringing coaches of all levels of the game – from rec to pro -- together to address our nation’s soccer cultural development.

Note, that I didn’t say player development. We want to get more basic than that. We’ve been inspired by hockey’s Declaration of Principles, which is really identifying what they want the culture of hockey to be. We believe that’s one of the most urgent conversations that American soccer must have.

The Summit will take place during the convention on Saturday, Jan. 20. To participate, a coach will have to commit from 10 a.m.-12 noon and again 3–6 p.m. We have a professional facilitator who will be leading the process both on site and in the follow-up work that will take place. If a coach would like to be considered for an invitation to the Summit, they can reach out to Membership@unitedsoccercoaches.org.

The greatest immediate consequence from our failure to qualify for the World Cup has certainly been the election for U.S. Soccer president. We have invited Sunil Gulati for a 60-minute Spotlight Session. He has accepted and will be interviewed by Alexi Lalas with questions from the audience. All of the candidates will be participating in a forum from 1-3 p.m. on Saturday as well as most having a 60-minute Spotlight Session during the convention where soccer coaches and others can get to know more about them. It’s one of the ways we are advocating on behalf of our members.

The reaction to the failure to qualify included phrases such as a need for a “massive reboot” … “full restructuring” … that youth soccer is in dire straits … Was there an overreaction?

From our perspective, we need to start thinking about youth soccer in a different way. We’ve focused so much on the elite, that somehow we’ve let kids and parents think that by 10 years old “you’re good or you’re gone!”

According to the Aspen Institute’s and the Sports & Fitness Institute’s recently released research, in the last seven years American soccer has lost 23.5% of its 6- to 12-year-olds playing on a regular basis. To us, that’s really what we need to be focused on.

If we get the culture right, we make real headway in getting the player development right. For example, Christian Pulisic’s father, Mark, is a speaker at the Convention. He’s a pro coach and has spoken openly about the decision to give Christian a more normal childhood soccer experience.

It wasn’t until he was older that “player development” as we think of it really kicked in. That should give all of us something to think about. Parents don’t have the soccer background that baseball parents have, but coaches and parents working together could be a powerhouse combination. We need to be expansive and inclusive. Let’s make the funnel bigger, not smaller! We want players and fans for life. 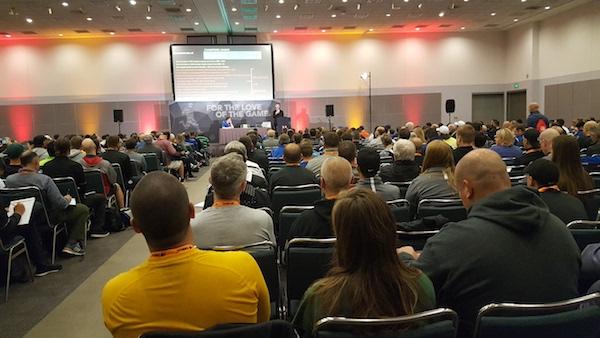 How does United Soccer Coaches evaluate whether its coaching education is succeeding?

Our philosophy of coaching education is we take a coach where they are today and make them better. That’s success.

We give diplomas rather than licenses because we are educators. We want the experience of a United Soccer Coaches course to spur you on to want to take another education opportunity … from us, U.S. Soccer, UEFA or something else altogether.

Great coaches are all life-long learners. A career coach may need a license to get their next job, but every coach should be encouraged to grow their coaching knowledge. It improves both their experience and the experience of their players.

We often hear the analogy that U.S. Soccer is like the DMV for coaches and referees. They are the only agency that can give you a driver’s license and that is as it should be. But there are many good places to learn how to drive. United Soccer Coaches teaches you how to “drive.”

For decades, our candidates have given rave reviews for both our lower level and advanced courses. It’s a collegial learning environment that provides a community of support.

Why should coaches should become United Soccer Coaches members?

United Soccer Coaches unites soccer coaches of all levels around the love of the game. It provides coaches with a voice. Benefits include connecting with a community, advocating for your coaching level, attending the annual convention, Soccer Journal magazine and weekly newsletters, discounts on in-person and online education, unique access to international educational experiences, the ability to nominate your players for Youth, High School and College All-America awards, high school and college rankings, exclusive online content and resources, access to health, dental, vision and accident insurance, and the list grows every day. We want every soccer coach to join the United Soccer Coaches community!

How would you describe United Soccer Coaches’ relationship with U.S. Soccer?

We are a voting member of U.S. Soccer and believe in collaboration.

U.S. Soccer asked us to also offer their licensing courses, which we do. It rounds out the offerings we can provide to our members. Our intention is not in any way to compete with state associations but simply to offer our assistance when it is needed.

We have certainly been disappointed that U.S. Soccer chose to reduce equivalencies and don’t think that was a prudent decision. Fortunately, most state and other soccer organizations accept our coaching credentials and our coaches continue to win tournaments, state cups and more.

We have had a number of our Coaching Academy educators go through the U.S. Soccer Instructor course with a lot of success. We don’t always agree, but are happy to keep the door open to conversation and cooperation.

Obviously, United Soccer Coaches has extensive coaching education courses for all levels, but if you had to give advice to a coach at the youngest ages in a few sentences, what would it be?

Take every opportunity to learn more about both the game and working with children. It is a few hours well invested. Keep it fun. Let them play with their friends. And you have fun, too!

Advice for parents of young soccer players, especially parents who might aspire that they’re players reached the higher levels?

Make sure your child is playing because they love the game not because you want a college scholarship for them. Don’t feel that the biggest, flashiest or most expensive club is necessarily the right experience.

Plot your own path that fits your child and family. Try to avoid listening too much to anecdotes. Then critically empower your child to participate and commit at a level where they find enjoyment. Finally, whatever level your player attains, celebrate it rather than bemoan not achieving the next step.