The USA's quest to qualify for every U-20 Women's World Cup since the biennial tournament's inception in 2002 begins on Friday, when Coach Jitka Klimkova's team faces Nicaragua (5:30 pm ET, Univision Deportes) at the 2018 Concacaf Women’s U-20 Championship in Trinidad & Tobago.

The U-20 women, the only U.S. youth national team to have qualified for every World Cup at their age group, also faces Jamaica (Sunday, Jan. 21, 6:30 pm, UDN) and Mexico (Tuesday, Jan. 23, 3 pm, UDN) in Group B, from which the top two finishers advance to the semifinals, whose winners along with the victor of the third-place game earn berths to the 2018 U-20 Women’s World Cup in France (Aug. 5-24). 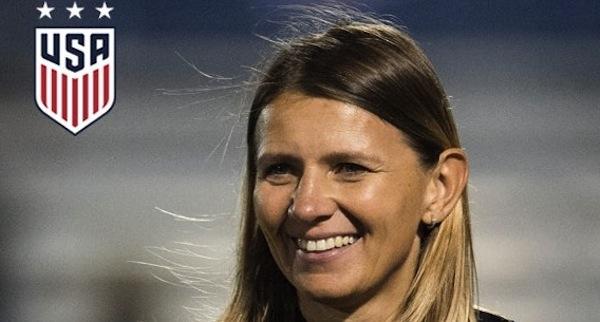 So far, in addition to host France (the 2016 U-20 World Cup runner-up), England, Germany, the Netherlands, Spain, China, Japan, defending champion North Korea and New Zealand have booked their tickets to the ninth Women's U-20 World Cup.

• The U.S. U-20s have an exceptional record of graduating players to the full national team. For example, fifteen members of the U.S. squad that won the 2015 Women’s World Cup had U-20 World Cup experience:

KLIMKOVA ON HER SQUAD: “We have a really good balance on the roster. We have good decision-makers, creative players, technical and strong players, so we can choose a lineup to be successful against any particular opponent. We focused a lot on team-building during this year’s camps and during the sessions and games, you can see that we have some good leaders. …

“This is one of the most competitive groups we’ve had, competitive both for positions and in how much they want to win. There is not a big gap between our starters and our finishers. We want our starters to start strong and the players coming off the bench to finish even stronger. It’s made for some great competition in camp.”

ALL EIGHT ROSTERS: Heavy U.S. flavor at Concacaf Under-20 Women's Championship
(The USA's seven rivals all have at least one American-based player from colleges or club teams.)