After opening with a 2-0 win over Nicaragua, Coach Jitka Klimkova's team, which faces Mexico in its final group game on Tuesday, is now assured of a semifinal spot at the Concacaf U-20 Championship in Trinidad & Tobago. The semifinal winners and third-place team qualifies for the 2018 U-20 Women’s World Cup in France.

Sophia Smith opened the scoring for the USA with a 42nd minute free kick. The USA outshot Jamaica 27-9, but Jadyn Matthews equalized for the Reggae Girlz in the 88th minute. One minute later, Smith set up Jaelin Howell's close-range shot for the gamewinner.

• Both Smith and Howell play for Real Colorado, whose Director of Coaching Lorne Donaldson is Jamaica's head coach. 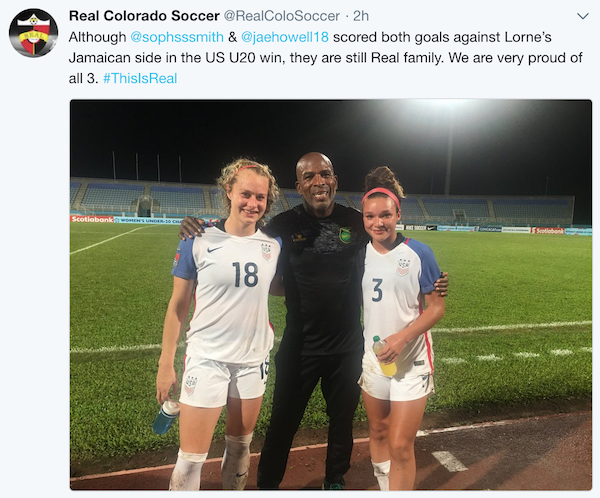