Report: MLS announcement in Miami set for next week 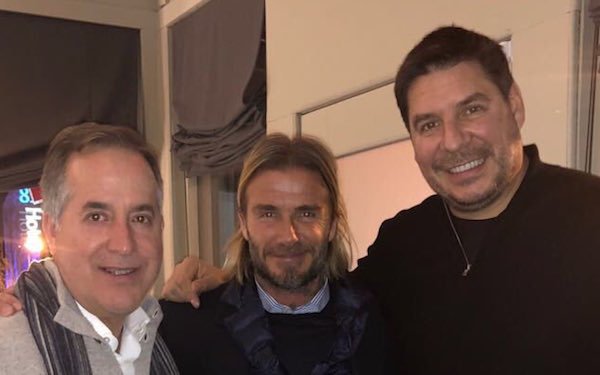 Almost four years after David Beckham met the press in Miami, his preferred site for an MLS expansion team, the Miami Herald reported the official launch will finally take place next week, most likely on Monday.

The two key elements to getting the deal done were:

-- Finding a stadium; and
-- Rounding up owners.

Both didn't finally come together until 2017:

In June, Miami-Dade County commissioners voted, 9-4, to allow Beckham's group to buy a third parcel of land it needs to build a 25,000-seat stadium in Miami's Overtown neighborhood.

The cost of the stadium, which will be privately financed, will be about $220 million -- plus an additional $25 million for a training complex.

Miami Beckham United had been seeking for more than three years to get a stadium project off the ground. Deals at three sites -- PortMiami, downtown Miami and Little Havana, next to Marlins Park -- collapsed.

In August, Los Angeles Dodgers minority owner Todd Boehly was introduced as Miami Beckham United majority partner. By December, he was out and brothers Jorge and Jose Mas, both with strong Miami connections, joined the Beckham team. Also in the ownership group: Masayoshi Son, chairman of Sprint and CEO of SoftBank Group.

The plan was for Miami to enter MLS in 2018. Now, it is expected to join the league in 2020. It was to be the 24th team, after LAFC. That honor has since gone to Nashville, approved by MLS's board of governors in December.