The legacy of the Boston Breakers

Last Thursday's news that Boston Breakers players and staff had been told the team was folding came a week after reporters were told it was "business as usual" with the Breakers, but it should have come as no surprise.

On the field and off, the Breakers had been at or near the bottom of the NWSL for all but the first season when they were fifth. They were last or next to last in the standings for the last four seasons and won just three games on the road over those four seasons.

Only once in the last five years did the Breakers average as many as 3,000 fans a game. That was a big drop from the days of WPS, when they led the league in attendance in 2010 and the old WUSA days when they consistently ranked near the top of the league in support. 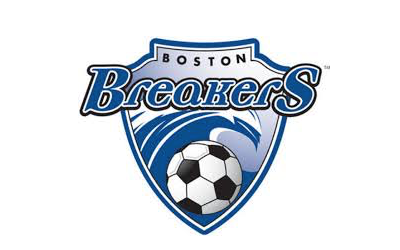 Boston is the third original NWSL team to drop out in the last year after the Western New York Flash (sold to North Carolina FC owner Steve Malik and moved to Cary) and FC Kansas City (whose players moved to new Utah Royals). The Flash was defending champion when it re-located after the 2016 season, and FC Kansas City was the NWSL's only back-to-back champion (in 2014 and 2015), but their loss did not sting like the demise of the Breakers.

The Breakers touched the lives of a lot of players through their careers -- Hucles and Markgraf are among seven former Breakers, out of 10 women on U.S. Soccer's Athlete Council, which will have a key vote in the election of the next president on Feb. 10 -- and many of them remembered playing in Boston as one of the highlights of their careers.

So... this is where I’m at right now pic.twitter.com/gZejymZJM6

When the end came, it came badly with unconfirmed reports of missed payments to vendors. The current owners had signaled to the NWSL they wouldn't return in 2018, and efforts to secure new owners went on through this past weekend. One buyer even signed a letter of intent. The only mystery in the whole process is why talks went on so long and were suddenly halted at the last minute.

The reality is, if there was a big market for women's pro soccer, the NWSL wouldn't have been in the position it was in with the Breakers and scrambling to put together a deal at the last minute. It got lucky when Real Salt Lake owner Dell Loy Hansen stepped in and launched the Utah Royals in place of FC Kansas City, which was folding, in a matter of two weeks.

The Breakers and Flash and FC Kansas City helped get the NWSL to a place that the league has a shot at success. WUSA, which burned through more than $100 million and folded on the eve of the 2003 Women's World Cup, was essentially dead between its second and third seasons. Early in its second season, it was evident WPS was doomed. When the NWSL completes the 2018 season, it will have survived twice as long as either of the previous two women's leagues.

After Sunday's announcement that the Breakers were gone, managing director Amanda Duffy made a lot of calls to media around the league to reassure everyone the league would survive. That goes without saying.

The legacy of the Breakers is that the league is sustainable; the sport just isn't yet sustainable in every market.

Player salaries are too small for non-national team players to make a career out of women's pro soccer. Duffy's front-office staff and club staffs are too small. But there is no fear the league won't be around.

In that regard, 2017 was a critical year for the league. It signed a commercial deal with network A+E that includes an investment in the business side of the league. Players ratified the formation of a players association to work on improving working conditions. And in the fall teams entered academies in the new girls' Development Academy.

Despite Duffy's claims, it's hard to see the NWSL returning to Boston any time soon if only because the league has other expansion opportunities on the horizon. Women's pro soccer is starting to take off here and there with European super clubs in England and Spain competing with the big clubs of France and Germany. The new Liga MX Femenil has been surprisingly well received in Mexico. (Mexico showed its potential by winning the Concacaf U-20 women's championship on Sunday with a majority of players from its new league.)

Still, no team in the world matches the weekly support of the NWSL champion Portland Thorns and no league has the strength top to bottom of the NWSL.

As it became clear the Breakers were about to go under, cries went out for the NWSL and U.S. Soccer, flush with its surplus, to keep them afloat and operate the team in 2019. The truth is, the NWSL, alone and with its business partner A+E, has too many opportunities and can't afford to be be tied down by the Breakers' troubles.

It's often forgotten U.S. Soccer launched the NWSL in 2013 and operated the league via a management agreement, subsidizing the NWSL salaries of national team players and spending more than $1 million on the league. In that regard, the arrangement was similar to its one-time deal to operate the USSF D2 Pro League in 2010 while owners from the NASL and USL set about to go their separate ways in 2011.

In this election season, it's easy to criticize federation leadership in a host of areas, but what it has done in the area of women's pro soccer ain't one of them.