No team in MLS has made more changes in the offseason than Orlando City -- and with good cause.

The Lions have failed to make the playoffs in each of their first three seasons, and last season's 10-15-9 record was a step back from 2016 when they finished 9-11-4 and 2015 when they went 12-14-8 and finished in seventh place in the Eastern Conference.

If head coach Jason Kreis couldn't blow up his roster in his first full season in charge in 2017, he certainly has done it this offseason. Kaka has retired, Cyle Larin was sold to Besiktas, and 15 players in all are gone from the 2017 roster.

Since last July, Orlando City has completely made over its front six, adding two former MLS champions in Dom Dwyer and Oriol Rosell, teammates on Sporting Kansas City in 2013, Sacha Kljestan and Justin Meram, who have combined for 40 goals and 76 assists in the last three seasons, plus Peruvian Yoshimar Yotun and Paraguayan Josue Colman, both signed as Designated Players. 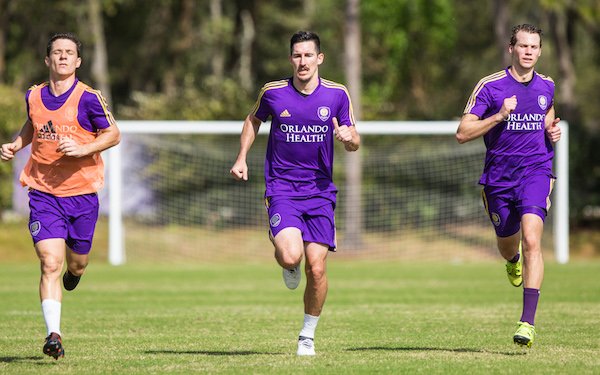 It's a good thing MLS has increased the TAM clubs have to spend. Orlando City has traded more than $3 million in allocation money or conditional allocation money to acquire Dwyer, Rosell, Kljestan and Meram, not to mention buy down their salary charges.

Orlando City has also acquired five players who can play in the front six since last August. They include a former MLS Rookie of the Year (Dillon Powers) and a two-time NASL MVP (Stefano Pinho).