Hugo Salcedo: 'U.S. Soccer has to have a greater presence in the Hispanic community'

"My dream is that all of our kids in all of our communities feel that they belong to the U.S. Soccer Federation."
-- Hugo Salcedo

The issue of integrating Latino soccer talent into the mainstream of American soccer has been around for a long time, but it has never gotten as much attention as in recent months -- in the wake of the U.S. men failing to qualify for the World Cup, the switch by Californian Jonathan Gonzalez to the Mexican national team, and the election of a new U.S. Soccer president.

"The Hispanic Issue" has even entered mainstream media coverage of American soccer. For example, said Julie Foudy in an interview on NPR, "You still see that it's a largely middle-class white affluent sport. And so there's a whole Hispanic population we're not giving enough attention to with eyeballs on them."

In the USA, 25 percent of the population under the age of 18 is Hispanic. Soccer is the most popular sport in most of the U.S. Hispanic community, and the Latin style of soccer is particularly successful worldwide.

This is a good time to check in with Hugo Salcedo, who at the 1972 Olympics became the second Mexican-American to represent the USA at a soccer world championship, after Ruben Mendoza, a 1956 and 1960 Olympian. 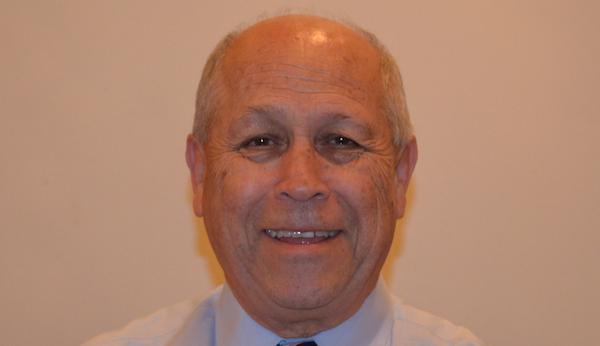 "In California, some estimate that there are 900 leagues that do not belong to a state association," said Salcedo. "It's difficult to account for every single league that's not affiliated, but I would estimate a minimum of 500,000 kids play without being in state associations. It could be up to a million kids in the country who are not affiliated with the U.S. Soccer Federation.

"The kids have a right to be seen and a right to the opportunities to move up."

Salcedo immigrated to the USA from Mexico with his family at age 14. They had left the small town of El Salto, Jalisco, on the outskirts of Guadalajara, when he was 12, then spent two years in Tijuana while their documentation was getting processed.

In El Salto, he had played street soccer until trying out for a team at age 10, playing barefoot during the tryouts because he didn't own cleats. The club gave him some when he made the team.

He couldn't find youth soccer in Southern California, so he fibbed about his age and played for an adult team comprised of Mexican immigrants.

After playing for the USA in the 1971 Pan American Games and 1972 Olympics, he worked as a Los Angeles County medical social worker, a job he left to become part of the 1984 Los Angeles Olympic Committee. He served as a venue director at the 1986 World Cup in Mexico.

Salcedo says he can't help but get emotional when he's asked to tell his story: "A 10-year-old kid in a small Mexican town having to prove himself for a pair of shoes, and 14 years later I'm in Germany wearing the U.S. uniform at the Olympics. Another 14 years later, being in charge of one of the World Cup venues -- in Mexico."

Salcedo's son, Jorge, played for the USA at the U-17 World Cup in 1989 when it beat Brazil, played in MLS, and is now UCLA head coach.

"How do you tell people how great the USA has been to us?" says Salcedo.

'Come and work with us in the community'

But Salcedo is also frustrated. His story is unique. He sees an American soccer environment in which too many Latino children don't have a pathway to the highest levels of the sport -- and he believes that American soccer would benefit greatly if it did more to create that pathway.

"I played, I coached, I was president of a league," says Salcedo. "Not a single person from U.S. Soccer has asked me any questions. I've been working with the Hispanic community for 50 years. No one, no one, has ever asked, Hugo can you tell us something about the Hispanics? What can we do?"

His answer as to why we have not seen more Latino players reach the highest levels is:

"We don't have the infrastructure in these communities to help the Hispanic kids to live up to the expectations," he says.

For youth players to climb the ladder, they need coaches who appreciate their talent and understand the system. The system in the USA requires a navigation through an expensive coaching education program run by the Federation. A "C" license, for example, costs $2,000, in addition to travel and room and board expenses. And time off work.

Major American mainstream youth soccer clubs employ full-time coaches and pay for their coaches' U.S. Soccer licensing expenses. A cost that is ultimately paid by the parents through their children's registration fees. That is very much not the case in most of the Hispanic soccer community.

"These guys aren't going to fly across the country to take a coaching course," says Salcedo. "If U.S. Soccer wanted integrate and bring Hispanics into the family, they would send coaching educators to these leagues, they would do clinics for these leagues. The Federation doesn't have to serve them everything on a silver platter -- but come and work with us in the community. Let's compromise. Let's meet halfway. U.S. Soccer has to have a greater presence."

Why hasn't U.S. Soccer been more ambitious about tapping into Latino talent?

"Maybe U.S. Soccer is too busy with other things. Maybe it's not the game they want to play … the more technical game. Maybe it's the mentality."

Or perhaps the coaches who scout and coach at the highest levels don't appreciate what Latino players have to offer?

"Maybe not," says Salcedo. "And it's not only the playing style, but the behavior, the mentality -- and the ability to make players feel comfortable in an environment."

Salcedo says his first reaction to the USA not qualifying for the 2018 World Cup was sadness.

"But it's helping us to reorganize, to take a closer look at what hasn't been happening," he says. "We will not resolve anything, we will not improve the present situation until have an open discussion with U.S. Soccer officials, and give our opinions and our insights and experiences."

youth
18 comments about "Hugo Salcedo: 'U.S. Soccer has to have a greater presence in the Hispanic community'".
Read more comments >
Next story loading