American fans not going to Russia? There's always France to look forward to

American soccer fans not traveling to Russia because there is no U.S. team still have 2019 to look forward to.

It's unimaginable that the USA won't qualify for the 2019 Women's World Cup in France. FIFA released the official match schedule on Thursday for the 24-team tournament. 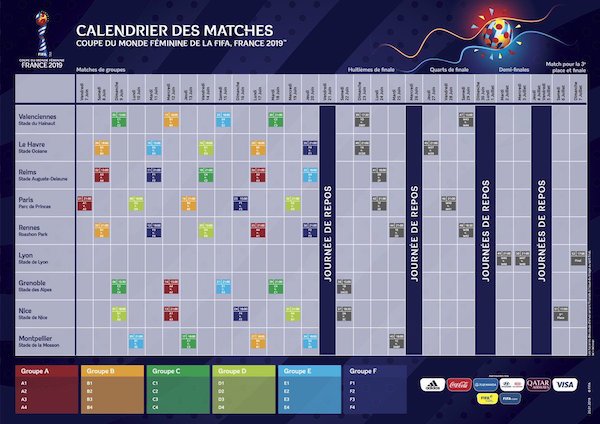 Lyon, home to the European women's champion, will host the semifinals July on 2-3 and final on July 7 at the 59,000-seat Stade de Lyon, opened in 2016. Lyon's president is Jean-Michael Aulas, one of the most powerful men in French soccer.

The opening game will played on June 7 at the Parc de Princes, venue of the Euro 1984 men's final and home of Paris St. Germain. The other host cities will be: Grenoble, Le Havre, Montpellier, Nice, Reims, Rennes and Valenciennes.

The quarterfinal matches will take place in Valenciennes, Le Havre, Paris and Rennes while the third-place game will be in Nice.

France will have a dress rehearsal this summer when it hosts the Under-20 Women's World Cup but all four venues will be small cities in Brittany, home of French soccer federation president Noel Le Graet.