Hall of Famer Dr. Joe Machnik: On New York soccer in the 1960s, his move into refereeing and break into TV

On Saturday night, Dr. Joe Machnik and Brian Scurry will be inducted into the National Soccer Hall of Fame. Tony DiCicco, who passed away last June, will be honored posthumously with the Werner Fricker Builder Award, and Jim Trecker  will receive the Colin Jose Media Award. 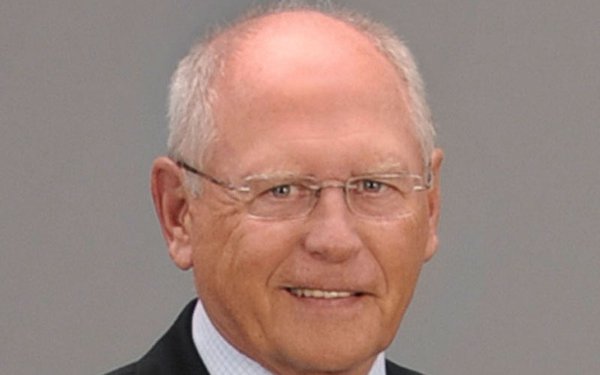 Machnik was a soccer pioneer, a college coach in the 1960s and 1970s, founder in the late 1970s of one of the first specialist soccer camps, No.1 Goalkeeper Camp that still operates today, a pro indoor league commissioner (AISA) and head of the refereeing program in both the MISL and MLS. He was also a coach in the U.S. national team program, serving as goalkeeper coach on the 1990 World Cup team.

Most American soccer fans know him today as Dr. Joe, Fox Sports' soccer refereeing expert. Soccer America talked with Machnik about his early days in soccer in the 1960s when few Americans played the game and how he became a Fox Sports celebrity.

Hockey connection at school. "I grew up in Green Point, which is a little Polish neighborhood in the north of Brooklyn. My father was also born here but my grandparents were from Poland. I had no soccer growing up, there was no soccer in the neighborhood. I actually played Little League baseball.

"I went to Brooklyn Tech, which is school of 6,000 with a real ethnic diversity. By luck, I sat down next to a Ukrainian, and we talked about hockey. I was a big Rangers fan -- you could get into a game for 45 cents -- and the Bruins had the Uke Line [Johnny Bucyk, Vic Stasiuk and Bronco Horvath, all of Ukrainian heritage] and we talked about hockey. He asked if I played soccer and I said no, and he said, "Well, you can be the goalie." So I went off to the gym, had a tryout -- I knew a little bit about angle play and had good hands from baseball -- so I became a goalkeeper, and that's how it all started."

Playing-coaching-refereeing NCAA triple. "Ray Klivecka [later New York Cosmos head coach] and I were the first two recruits at LIU. They had not won a game in two years. The first year, we went 5-5-0. Ray scored the goals; I saved a few. Our second year, we were over .500. In our third year, our senior year -- back then, freshmen could not play -- we were all set to play against Bridgeport on a Saturday, and Kennedy got shot [on Friday afternoon] so the game got postponed and it put a damper on the tournament experience.

"LIU lost the national championship in 1966 to San Francisco in Berkeley. We had Carlo Tramontozzi, Dov Markus, Marcello Launi and Mickey Cohen, the goalkeeper. It was very, very good his team that I inherited in my first year of coaching.

"New York City with its ethnic population that it had back then was kind of easy to recruit in because players weren't being recruited from outside. Hey, financial aid for soccer, come to LIU, there weren't that many choices so recruiting was easy so that's why we had a lot of good teams. Even when I went to New Haven, we had a lot of city kids."

Open Cup champion in 1966. "When I was at LIU, I was playing in the summer for the New York Ukrainians as a backup goalkeeper for their first team, which won the Open Cup in 1965-66.

"The Cosmopolitan League used to be called the German-American League and that league plus the American Soccer League in and around the Northeast had the best teams. Then there were pockets. St. Louis was a pocket. Chicago was a pocket. Los Angeles was a pocket. We played Chicago Hansa in the home and home final, and Willy Roy played for them. We tied at home and won away to win the Open Cup.

"We had a few Ukrainian players, but we were bringing players from Canada, from Toronto City and Toronto Ukrainians. Gordon Bradley played, Ted Purdon, the great Sunderland player, Mario Paz, who played for Belenenses. They were special players. They could have stayed on the field respectfully with the early NASL teams. The NASL teams wouldn't play in the Open Cup like MLS teams do now. They wouldn't play because they could get beat. Plus the fields were horrendous. They didn't want to risk playing on those fields, small, narrow, dirt, cinder."

ASL days. "I played for the Newark Ukrainians Sitch. We played against the Rochester Lancers, Boston Tigers, Uhrik Truckers, Baltimore Bays. We got $35 for a win, $15 for a tie and nothing for a loss. But we also got a free meal back at the club. Most of the teams were associated with a club, whether it be a restaurant like Farcher's Grove.

The late 1950s and '60s were only 15 years after the war, so you had lots of immigration, and we recruited some really good players. And after the Hungarian Revolution [in 1956], that's why the New York Hungarians became such a great team with Geza Henni and Ante Mate. They were fabulous for three or four years in a row.

Start in refereeing. "When I went to New Haven, I played for New Haven City, and that's where I got recruited to referee. We were at a jamboree. My New Haven college team had a jamboree with about eight teams. The head of the referees, Keith Johnson, who is now deceased, talked to all the coaches and said the next day was the start of the Connecticut state league: 'We're short referees. Does anyone want to referee?' I raised my hand. I reffed without a rule book or without passing a fitness test. I got 20 bucks, cash, at halftime. That's the way it worked back then."

Fox Sports gig. "Michael Cohen, who was in charge our broadcasting department at MLS, would hold broadcast seminars and ask me to come and speak for an hour about the changes in the rules, the disciplinary committee, stuff that I was in charge of [at MLS]. He would put me on after lunch because I would make it entertaining. I would bring props, offside flags. Once I asked Thomas Rongen to come up and show me the signals and he had no idea.

"Michael got a job as a consultant at Fox when they started FS1 and FS2 and were going heavy in soccer. They asked who they could get similar to Mike Pereira, who does for NFL stuff, and Michael suggested me, so I went for a screen test. Rob Stone was there, and it was all set put and they asked me, 'What you think of this, what you think of that.' One of the games was the snow game [USA vs. Costa Rica in 2013 World Cup qualifying]. I made this ridiculous comment that was somewhat funny about the the match commissioner who was from somewhere and he didn't have a coat -- he was in the locker room -- and Fox liked it. They said, 'We have chance to do World Cup, we'll give you a test.' I did the Gold Cup, I did the Women's World Cup, and now I am going to Russia.

"I have a studio in my house, so yesterday I was on my computer, saying this or that. Sometimes they use what I said -- "Joe said ..." -- and sometimes I get in front of the camera with my pajama bottoms and shirt and tie. I'll do maybe 15-20 games a month. What I am really proud of the announcers, the staff, the color guys, they know the rules now."

hall of fame, men's national team, mls
5 comments about "Hall of Famer Dr. Joe Machnik: On New York soccer in the 1960s, his move into refereeing and break into TV".
Read more comments >
Next story loading