Anson Dorrance on soccer politics, marrying the ECNL and DA, and the women's pro game

Anson Dorrance  coached the USA to its first Women's World Cup title in 1991 and the University of North Carolina Tar Heels to 22 national championships. More than 60 of his Tar Heel players have played for the U.S. national team, including six on the USA's 2015 World Cup-winning roster. We checked in with Dorrance in the wake of Carlos Cordeiro being elected U.S. Soccer president. 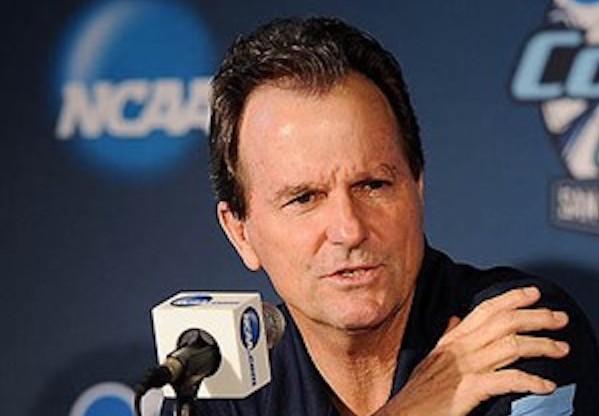 SOCCER AMERICA: What did you think about the U.S. Soccer Federation presidential election?

ANSON DORRANCE: Obviously, there were parts of the campaign that disturbed me. I’m not into negative politics and for me that was a big disappointment. For all of our excitement for building a great future, I can’t stand seeing our icons thrown under the bus.

I think the way a lot of these people treated Sunil Gulati, who’s done a remarkable service to this country in terms of soccer development, and Bruce Arena, who is one of our Mount Rushmore figures, is just unforgivable. Leading up to the election, there was a lot of that sort of thing, and that disappointed me significantly.

But one thing that did excite me was the number of people who were interested in running for president. I think that was very positive. That a whole collection of people stepped forward as potential leaders for this country. I thought that was outstanding.

SA: Any other positives?

ANSON DORRANCE: I love what the Athlete’s Council did. They stood as one voice, which means they have to be basically respected and embraced as a leadership force, and I think their ideas now have to be part of what becomes policy. For them to vote as a bloc, it meant that people with different opinions had to come together and respect each other’s opinions, to comprise.

We’re never always going to agree on everything. When we disagree, let’s not be poisonous in our references. So I really loved the spirit of the Athlete’s Council, showing that we can work together, and I am very encouraged right now and feel good about the future.

SA: One area of strife in youth soccer has been how U.S. Soccer has run the Development Academy. Last year it launched a Girls DA, which now competes with the ECNL ...


ANSON DORRANCE: One of my missions, if Carlos Cordeiro will accept a meeting, is to see if we can marry these two organizations together. I'm convinced we can have everyone at the same table. Have some sort of hybrid that is still making sure their best practices are impactful, while embracing all the different organizations. I'm going to do my best to see if we can make this happen. They should enhance the ECNL --- so we have a larger player population feeding into the national team.

SA: When U.S. Soccer sends out a press release announcing a youth national team roster, it mentions how many of the players play for DA clubs -- for example: "Sixteen of the [22] players come from U.S. Soccer Girls’ Development Academy clubs" -- but doesn't mention what leagues the other players play in ... 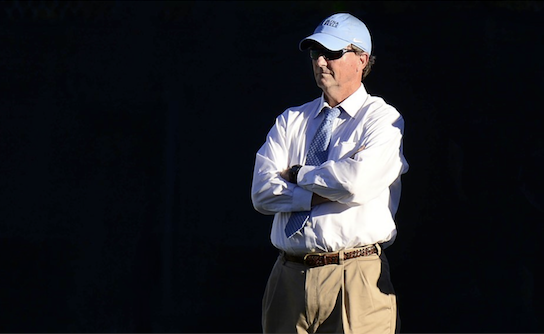 Photo by Jeffery A. Camarati courtesy of UNC SID

SA: It makes sense that U.S. Soccer runs a DA for girls -- but not that it should be competing with other organizations?

ANSON DORRANCE: There has been an autocratic leadership for player development in the United States and I absolutely hate it. I absolutely don’t get it. The Federation should be leading instead of competing.

We have a lot of great coaches in the country at all levels and everyone has some good ideas somewhere and I think we shouldn't go around ordering people to do this or do that. To some extent, share best practices -- but don’t be so autocratic and so competitive where you're basically trying to bury your opponent.

The evolution of the game is having some maverick down there, trying something different, watching it work, other people steal those ideas, and all of a sudden the game changes.

SA: Because it's obvious that no one has ever come up with a magic formula for player development, it would seem that mandating a curriculum on a whole nation might not be the best approach. Do you agree?

ANSON DORRANCE: When I retired from the national team coaching position, my dream was for U.S. Soccer to give me women’s development. My idea was ...

We have such an enormous population, why not conduct a massive scientific experiment? The country in those days was divided up in four regions. I was going to allow each region to develop their own best practices.

I was going to let four competing groups have their own best practices incubation experiment, all being conducted at the same time, with the national coach observing this and seeing what seems to be working, obviously picking players out of all four different regions, and assembling this juggernaut.

If a country like Iceland can qualify for the men’s World Cup, qualifying out of Europe, with a tiny population in a frozen wasteland, imagine what we can do if we set everyone free to chase their own ideas, and all come together, with smiles on our faces saying, “You know what, I really like what your team is doing in this area. ... What have you guys been doing?" And all of a sudden we’re sharing all this, and it’s not some sort of autocratic "this is what has to happen," because you and I both know that player development is an alchemy, it’s not a science. It's this alchemist who's going to come up with an idea that’s going to shake things up, change things for better.

Yes, there are some things we should share universally, but please don’t be married to absolutely everything that comes from the latest success in Europe. 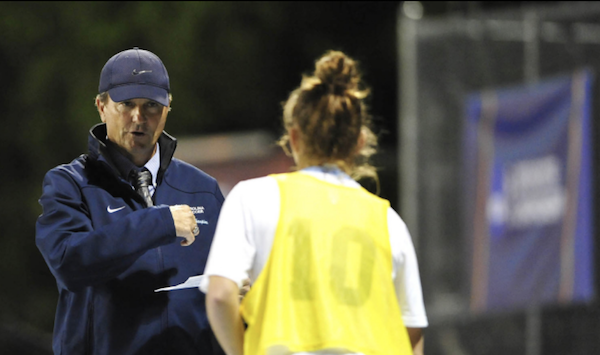 SA: What was your reaction to the U.S. women's performance at the Concacaf U-20 Championship? It qualified for the 2018 U-20 Women's World Cup, but lost on PKs in the final to Mexico in after a 1-1 tie?

ANSON DORRANCE: For me, this is a personal indictment, because I’m coaching kids on those rosters, and I think right now Mexico is closing the gap.

I don’t consider penalty kicks the final arbiter, but when you look at the game it’s clear that Mexico is progressing a lot faster in the last 10 years and we have regressed -- and we need to sort out what we can do to get to our potential.

It's not just the results. We all know you can out-shoot a team 40-1 and you can lose on that one shot. But I'm talking about which team dominated, which team went into the other penalty box the most, which team is playing through lines better, which team is developing elite players.

I was embarrassed at how small of a room they were in and how few people attended. All of us should have been in that room, listening to the suggestions and trying to solve the issues. We need to get better at sharing ideas and information.

SA: One thing that happened at the eve of the election was the folding of the Boston Breakers ahead of the National Women’s Soccer League’s sixth season, and there were some who used that to criticize U.S. Soccer …

ANSON DORRANCE: One of Sunil’s greatest legacy is the NWSL. I’ve always told him how much I appreciate him building a league with a business model that lasted more than three years. Tremendously, to his credit, the NWSL is entering its sixth season.

The Boston failure does not lay at U.S. Soccer’s feet. We have to figure out how to sell our game. Let’s make an effort marketing women’s soccer. Let’s try and solve this conundrum.

Why is there such incredible support in Portland and Seattle, but no one in Boston? How do we share marketing practices and take on the challenge to make professional women’s soccer work? I’m doing it here. We share our UNC mailing lists with the Carolina Courage, aiming to share supporters. So they can follow the pro season from March to September and support the college game from September to December.

Don’t blame our national leadership for every failure.

SA: Like failing to qualify for the 2018 men’s World Cup?

ANSON DORRANCE: Let’s not just blame the highest two or three people in national leadership. We should all take personal responsibility.

I am taking part of that blame. I was part of U.S. Soccer and NSCAA [now United Soccer Coaches] coaching training for years, and maybe some of the stuff I was teaching wasn’t right. We’re all personally responsible and should reevaluate how we are working in our own communities. All of us have to do a better job in our individual roles to take us to our potential. We have to do better.