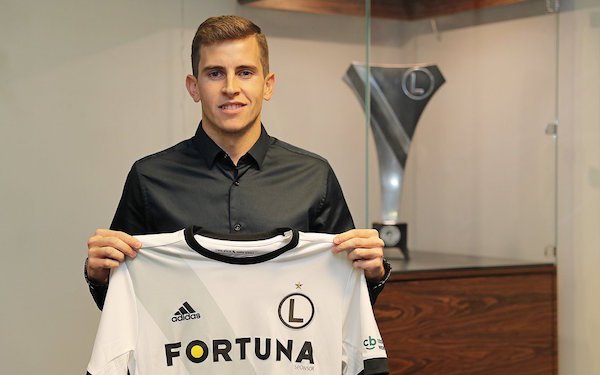 , who led UCLA in goals (6), assists (3) and points (15), has signed a two-year contract with an option for a third season with Polish club Legia Warsaw.

Iloski was drafted by MLS's Colorado Rapids but signed with Legia after spending winter training in Florida and Spain with the Ekstraklasa leader.

"Brian is a young, talented player whom we found in the United States," Legia Warsaw technical director Ivan Kepcija said. "He was one of the best players in the UCLA team for the last few years. We think he can grow very much. During his tryout, we saw how each day he improved his skills. The biggest impression on us was that when he first came out on the pitch, he did not have any fear playing against more experienced players and showed his best side."

In 2013, Iloski was the only American selected for the Nike Chance, making the cut of the final 16 from over 100,000 players from 55 different countries. He spent time with the U.S. U-18 and U-20 national teams but never played a official match. His brother, Milan, played for the U-19s last year.
americans abroad, college men
1 comment about "UCLA's Iloski passes up MLS to sign with Polish leader Legia Warsaw".
Next story loading