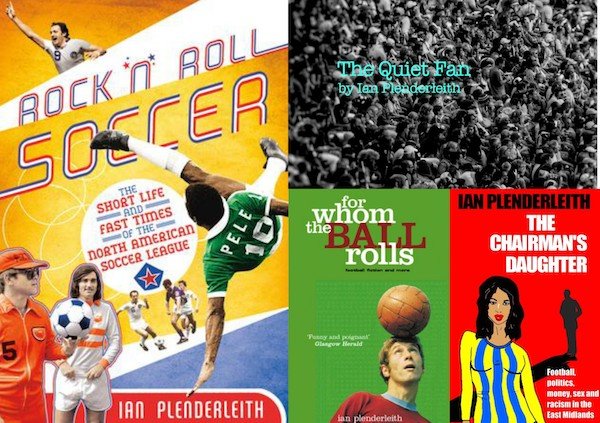 His books include the short story collection "For Whom the Ball Rolls" and "Rock 'n' Roll Soccer: The Short Life and Fast Times of the North American Soccer League," an account of the original NASL, which launched 50 years ago this month and had a profound impact on the sport before folding in 1984. His latest book is "The Quiet Fan."

SOCCER AMERICA: You've been living in Germany now for three years after living 16 years in Washington, D.C. Anything you miss about American soccer -- as a writer, fan, coach, referee or soccer parent?

IAN PLENDERLEITH: As a referee and coach, I miss the generally calmer atmosphere of U.S. youth soccer. In Germany, it's always intense, at times intimidating, and occasionally downright violent -- in both youth and adult soccer. I'm trying to inculcate the importance of sporting values to my boys' U-15 team -- getting them to stay calm when fouled, or to shake the ref's hand at the end of the game, for example. It's a more or less permanent struggle. In my first year as a referee here, I almost quit several times. Now I've developed a very thick skin and write a blog to offload -- Referee Tales -- and have found that's really helped, but the change was a huge culture shock for me.

SA: Player development in Germany, (the defending men's world champion and defending women's Olympic champion) is now widely hailed worldwide. Is there anything you see at the grassroots in Germany that you think should and could be emulated in the USA?

IAN PLENDERLEITH: Clubs are local institutions here, with their own fields, club house and often a long history. It fosters a far greater sense of loyalty and belonging when kids join a club near where they live at the age of 5 or 6, often staying within that club's structure and with the same coach for several years.

The pyramid system works well for talented kids, who cannot go unnoticed. Coaches are mainly keen but qualified volunteers, there is no Pay to Play culture, and there is a greater sense of the club's place in the community. The focus on individual player development and the fostering of team spirit is very strong. For geographical, social and cultural reasons, I feel that the USA is a long, long way from developing a similar model for youth players. 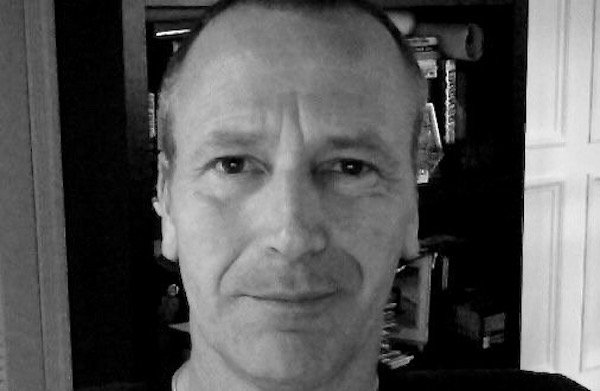 SA: What's the view of American soccer in Germany (considering things like the USA's failure to qualify for the 2018 World Cup and young American players in Germany, especially Christian Pulisic)?

IAN PLENDERLEITH: There is only minimal interest in Germany for U.S. soccer, but then apart from England and maybe Spain there's not much interest in soccer beyond the Bundesliga. As long as Jurgen Klinsmann was U.S. coach, there was a certain amount of coverage (especially when things were going badly), and there are short game reports when players like [Timothy] Chandler and Pulisic turn out for the national team.

SA: How much attention does MLS get in Germany? What's its reputation?

IAN PLENDERLEITH: MLS games are live on Eurosport at all kinds of weird hours, though I have to admit I've not met anyone else here who's watched it. The view is still the same condescending one that was held during the 1970s -- American soccer is where old stars go to play out their careers in a second-rate league. Of course, there was a flurry of articles about Bastian Schweinsteiger at first, but they focused on his star power rather than on MLS in any meaningful way.

SA: The old NASL (1968-1984) is celebrating the 50th anniversary of its launch this October at the new National Soccer Hall of Fame in Frisco, Texas. What prompted you to write “Rock 'n' Roll Soccer: The Short Life and Fast Times of the North American Soccer League”? And what was the reception of it like from those who were involved the NASL?

IAN PLENDERLEITH: I was surprised that no one had written a book analyzing the league as a whole, rather than just focusing on the Cosmos. I'd experienced the league from afar in the 1970s as a soccer-nuts kid growing up in England, and even back then I was intrigued by its color, glamour and innovation.

A lot of the ex-players I talked to were delighted that I was putting the NASL into the historical context of American soccer, rather than just writing it off as a failure and highlighting the same old sex, drugs and decadence angle. It was a startling, unique, controversial and fascinating league, and we all felt that its story needed to be told with a more balanced appreciation for the things that it did right, and the influence it went on to have on the global game. No one involved has been discourteous enough (yet) to tell me that they didn't like it! 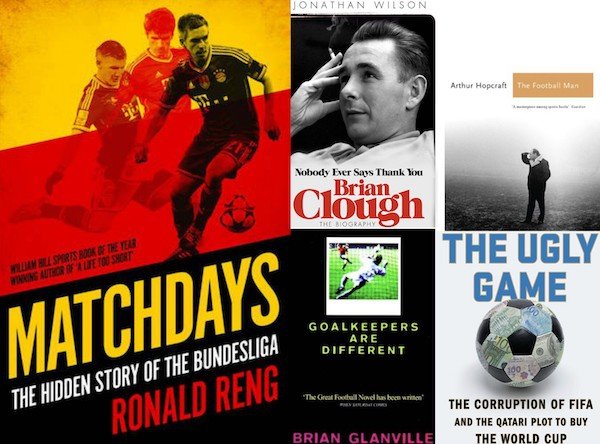 1. Ronald Reng's "Matchdays: The Hidden Story of the Bundesliga" Reng is the best soccer writer alive -- all the books of his I've read are excellent, and I've still to tackle his acclaimed book about Robert Enke.

2. Jonathan Wilson's "Brian Clough: Nobody Ever Says Thank You" Wilson is England's answer to Reng. This biography of Brian Clough is a time capsule of football in the 1970s and 80s, and a fine account of England's most charismatic manager.

3. Brian Glanville's "Goalkeeper Are Different" A novel for boys I read so many times as a kid that I wore out two copies. I still occasionally re-read it now.

4. Heidi Blake and Jonathan Calvert's "The Ugly Game: The Qatari Ploy to Buy the World Cup" Superb investigative journalism laying bare all FIFA's murky cronyism and chronic corruption, and giving you more than enough reasons to boycott the 2022 World Cup.

5. Arthur Hopcraft's "The Football Man" First published in 1968, the introduction to its recent re-issue informs you that "you have in your hands one of the greatest books on football ever written." Read it and see for yourself.

SA: Tell us about your new book, "The Quiet Fan," and what inspired it?

IAN PLENDERLEITH: I aimed to correct the stereotypical view of the NASL as a failed league full of aging superstars in "Rock n Roll Soccer," and in "The Quiet Fan" I want to banish the idea that all soccer fans must be passionate fanatics, the media-assigned "obsessives." To me passion is an over-rated and often spurious concept when it comes to sport. This idea that fans care about nothing in the whole world besides their team is not the way I experience soccer, and I think that applies to millions of other fans -- it's a fake concept that's come with the hype and mendacious marketing of the Premier League age.

To me, the joy of soccer, and sport in general, is its bookmark appeal -- its place as a solid, stable gauge of continuity in your life journey. So I take 12 games from throughout my life and go on a lively autobiographical trip connecting each of these games to an important time or sensation. Death, for example, is paired up with Lincoln City vs. Plymouth Argyle in 1979. Despair comes with Celtic vs. Aberdeen in the 1984 Scottish Cup final, a game I should never have been at. Love is coupled with Birmingham City vs. Crystal Palace in 1987. And so on. Despite the "big" themes, though, the book aims to primarily entertain. I try not to take myself or soccer too seriously -- not just in the book, but every day. 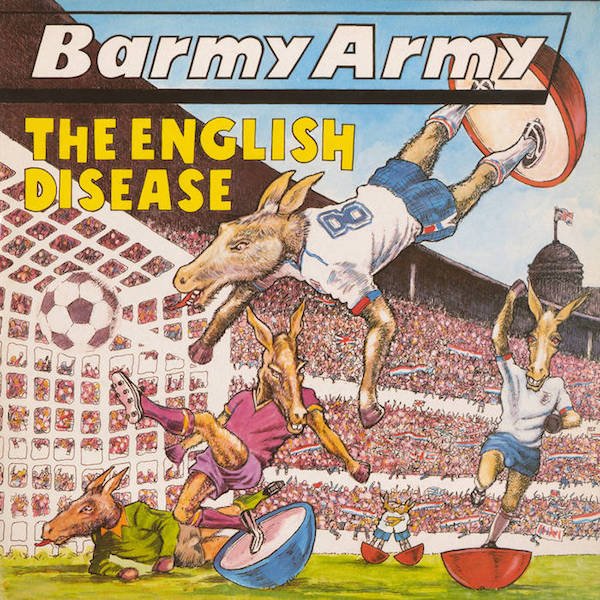 1. Barmy Army's "Sharp as a Needle" The perfect fusion of rhythm, bass, radio commentary and a choral Kop.

5. Arakatuba's 'Pelé' An infectious, bongo-based tribute to Edson Arantes do Nascimento, all the better for having no words and just the odd whistle.

SA: If you could change a rule in soccer, what would it be?

IAN PLENDERLEITH: Ten-minute time penalties for dissent. At the moment, the rule is a yellow card for "dissent by word or action," but it's only enforced in the most extreme cases. If I cautioned every case of dissent in my German amateur league games the field would be deserted after 30 minutes. I'd love to see referees respected as they are in rugby -- a single word to the ref and you're out to the sin-bin. If rugby players can do it, soccer players can learn it too.

SA: Why did you start refereeing and why do you continue?

IAN PLENDERLEITH: For one season, my eldest daughter was on a travel team in the U.S. (she hated it and went back to rec) and they needed parents to train as assistant referees, so I volunteered. I was assigned to a tournament and really enjoyed it, so I straightaway trained to become a center ref too, and quickly realized that after more than 35 years as a player I didn't know half of the Laws of the Game (like most players). Despite the abuse, I'm in my 10th year of refereeing, and I keep doing it because I love being out on the soccer field -- most days, it's where I feel like I belong, where I'm happiest