His third free-kick goal in a week marked Lionel Messi's 600th career goal. It was also the decider in La Liga leader Barcelona's 1-0 win over second-place Atletico Madrid, now eight points back. The 30-year-old Messi has scored 539 times for Barcelona and 61 goals for Argentina. His latest extended his La Liga free-kick goals in a season record to six. 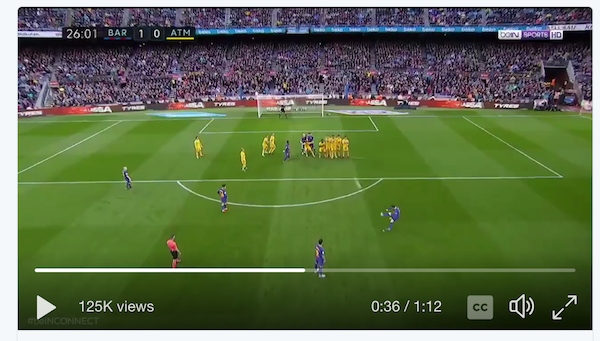