Joe Enochs, the 46-year-old Californian who has spent most of his career as a player and coach in Germany, will take the helm of German third division club FSV Zwickau this summer. 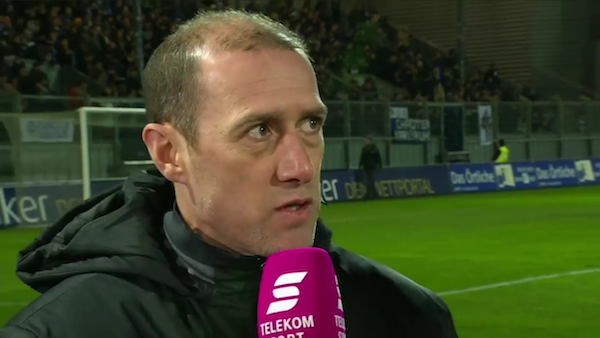 Enochs was most recently head coach of VfL Osnabrück, for which as a player he made a club record 376 appearances after his 1996 debut and was famous for a Sportschau Goal of the Month in a German Cup game against Bayern Munich.

"We are delighted that with Joe Enochs we have acquired the top candidate on our wish list," said FSV sport director David Wagner.

Osnabrück narrowly missed promotion during his two full seasons at the helm, finishing in fifth and sixth place. He was let go, to the disappointment of his players, when last October the team slipped into the relegation zone after 11 games into the 38-game season.

Enochs, whose contract runs through 2020, will take over after the current season, in which Zwickau is in 11th place of the 20-team league. He'll replace current coach Torsten Ziegner, who has been at Zwickau since 2012.

Enochs, who last month turned down offers to coach fourth division Rot-Weiss Essen and third division Chemnitzer FC, has been working as a commentator for Telekom Sports.