John Guppy on the evolution of U.S. soccer culture, its unique fan dynamic, and the Gen Z influence

John Guppy has been involved in marketing soccer in the USA since the early 1990s, when he managed U.S. Soccer corporate sponsorships during the buildup to the USA-hosted 1994 World Cup. He also served as the Chicago Fire's president & CEO (2005-08) and as executive vice president of the MetroStars (2000-05). Ten years ago, Guppy founded Gilt Edge Soccer Marketing, a marketing agency whose clients are corporate brands as well as domestic and international soccer clubs. 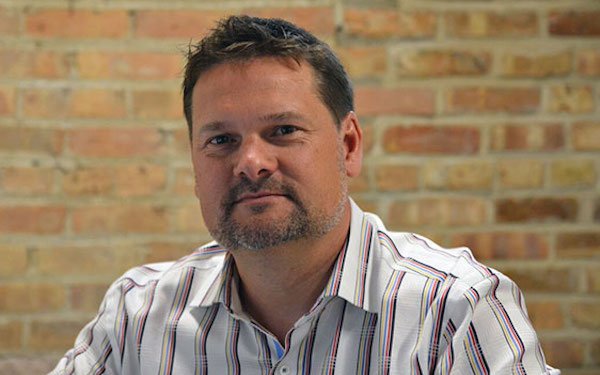 Guppy moved from his native England to the USA at age 18 and captained 1989 Division II national champion New Hampshire College (now Southern New Hampshire University). He was UMass assistant coach while earning his master's degree in Sport Management at the University of Massachusetts.

SOCCER AMERICA: What's the most significant trend in American soccer fandom that you've witnessed over the last few years?

JOHN GUPPY: I think it has to be the evolution of soccer culture in the U.S. For many years being a soccer fan in America was a rather lonely affair. Meeting another soccer fan or seeing that soccer was on TV in a bar was a noteworthy happening. To me, World Cup 2010 was the real turning point. This was the moment I think soccer broke through the niche barrier and became something much more prevalent and universally relevant in America.

Soccer really matters now to a significant number of people in America. People care about their team(s) and winning matters. There are more “fans” now at matches than there are “spectators.” Just look at the crowd environments in Atlanta and Cincinnati last year as two recent examples. I love visiting Portland and sitting in some coffee shop eavesdropping on people’s conversations about the Timbers. Soccer kids are now the cool kids in high school. In so many ways soccer has truly become an important part of life for millions of Americans.

We're coming upon the first men's World Cup since 1986 without the USA participating. What's your prediction on how the U.S. team's absence will affect the attention that this summer's World Cup will get in the USA?

I still can’t quite believe the U.S. will not be playing in Russia. It definitely stings from both a fan and a marketer perspective, but I remain extremely bullish on the appeal in the U.S. of the World Cup.

FOX and Telemundo are both first-time broadcasters and planning massive promotional campaigns around the event. You’ll have to be living under a rock not to be exposed to the World Cup on some level this summer. FOX, for example, is airing 38 matches on the big broadcast network, that’s more than ABC carried for the previous four World Cups combined. While historically U.S. matches (four games in World Cup 2014) have been ratings juggernauts, a closer look at tournament viewership shows that 86% of the total event audience for ESPN/Univision came from matches not involving the U.S. The World Cup is much bigger than just the U.S. team.

One of the big differences though will be the driving narrative in the U.S. There will be no mass red, white, and blue public viewings, no Christian Pulisic on Entertainment Tonight, and no iconic moment that “breaks the internet” in the vein of Landon Donovan vs. Algeria or Timmy Howard vs. Belgium. Instead the focus will be on the overall global significance and sporting drama that is the World Cup spectacle. Star players (Lionel Messi, Neymar, Cristiano Ronaldo, etc.) will be featured prominently, as well as the exploits of the Mexican national team. 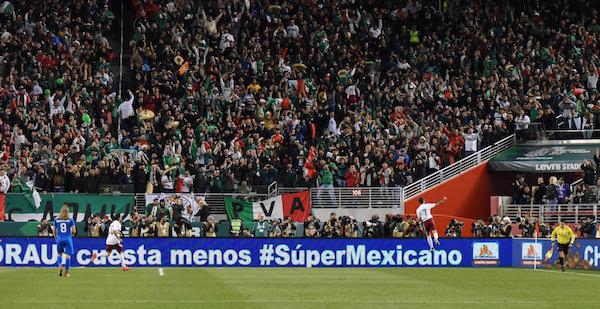 A crowd of 68,917 watched Mexico beat Iceland in a pre-World Cup friendly at Levi's Stadium in the San Francisco Bay Area. (Photo by Conall Gaffney)

How would you rate the popularity of soccer in the USA compared to other major sports, such as football, basketball, baseball and hockey?

I’ll answer this question as a marketer. For people over 45 years of age soccer popularity is relatively low when compared to other sports. But if you look at the younger population things change dramatically. The industry got very excited recently, when a Gallup poll showed soccer tied with basketball (and behind only football) as the favorite sport for 18- to 34-year-olds. Similarly, there a number of reports and indicators that show soccer as a sport of choice -- if not the sport of choice -- for the Gen Z (13-18 years) youth audience. These are incredible stats and showcase just how well soccer is positioned for the future.

How much of a role does U.S. mainstream media still play popularizing soccer in this era of social media and the availability of the 24/7 soccer coverage on the Internet?

Building on your last question, soccer’s driving audience is the Millennial/Gen Z crowd. These are digital first generations. They don’t consume soccer the way we do as older fans. My 17-year-old son has a difficult time sitting down to watch a 2-hour match on a screen we call the television. But that’s not to see he’s less interested, he’s just choosing to “watch soccer” differently, through key highlights, goal GIFS, and social conversations all via his phone.

Mainstream media companies still have a major role to play in the sports rights business, but they are having to evolve their distribution and revenue models to address these changing consumption habits. When Turner recently won the rights to the UEFA Champions League, they stated that a primary focus is the digital exploitation of these rights, not the traditional television model we all understand. Of course, at the same time, new digital entrants like Facebook, Twitter, YouTube, ESPN, Amazon are driving this dynamic as well. 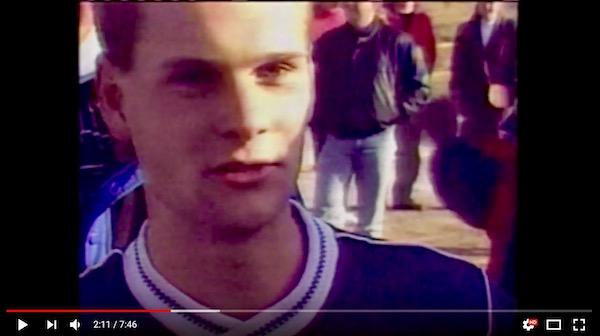 Is soccer fandom in the USA unique in that we have fans of so many different leagues and competitions around the world?

Fandom in emerging soccer cultures like the USA is certainly different from fandom in mature soccer nations like Mexico, Spain, or England. I was born in the Southampton region of England in the late ‘60’s so Southampton was my team. Simple. Even today with much greater access to soccer, most (not all) kids growing up in Southampton are Southampton fans.

In an emerging soccer market like the USA you don’t have that deeply embedded hometown association. Add in the fact that you have virtually unlimited access to soccer from every league in the world, and a very different fan dynamic exists. Soccer fandom in the USA is a series of individual choices as it relates to what teams(s) to follow. In theory, every club in the world has an opportunity to make their case as to why you should follow them. Winning, star players, history, peer pressure, media exposure, there are multiple factors that can influence these choices.

When it launched in 1996, I felt that MLS's big challenge was not creating soccer fans in the USA -- as was the case with the old NASL in the 1970s -- but convincing those who are already soccer fans to become MLS fans. For example, getting Liga MX fans or fans of European leagues to watch MLS games. Do you agree with that assessment? How would you rate the progress of MLS in that regard? Put more bluntly, is MLS succeeding in impressing the so-called Eurosnob fans?

In hindsight, I don’t think there were as many soccer fans in the 1990s as perhaps we all thought there were. But, to your point, the starting premise for MLS fan development was very much about (a) convincing existing fans of the international game to embrace MLS and (b) engaging the youth soccer population.

Fast forward to today and MLS is a wholly different proposition. Teams are performing in soccer appropriate venues, with international game rules, and a mix of global and homegrown players. Most importantly though, there is a whole generation (almost two) of fans that have grown up with MLS and helped foster a true soccer fan culture. MLS teams are far more self-assured today in what they doing, and I think most have stopped worrying about trying to convert the so-called Eurosnob. 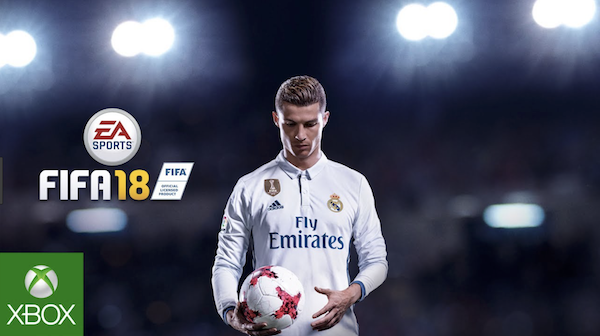 Do you think the popularity of the FIFA video game has had an impact on the growth American soccer fandom?

Absolutely, no question it has had a huge influence. I often say that when the book is written about soccer’s growth in the U.S. the FIFA gaming franchise should have its own chapter. During the formative childhood years, soccer benefits incredibly from being both the most played participant sport and the sport featured in the most popular video game. These are foundational influences that lead to and shape future fandom. FIFA has also had a profound impact on the “star player” interest we see in many young fans. I’m sure PSG, for example, gained a ton of new fans when Neymar joined last year. Fans who fell in love with Neymar in large part because of their experience with him playing FIFA.

We're constantly seeing foreign clubs getting involved in American youth soccer -- something that your company has been involved with, such as in the case of Barcelona setting up in Arizona. Does American soccer actually benefit from these ventures, which must surely be inspired by the fact that American youth soccer is a such lucrative business, or does it just help inflate the price of pay to play?

Great question, Mike. I think it really depends on the genuine motivations behind the program. Ultimately, every program is some mix of soccer elements (i.e. player development, player ID, coach development) and marketing elements (i.e. brand development, data capture, merchandise sales). The question to me is, what’s really driving the agenda? In most scenarios, I do believe it’s the value of advancing the soccer elements and as a result the program is bringing a new and positive impact to the sport. However, I think there are cases where things get a little upside down and soccer becomes primarily a marketing solution, arguably to the detriment of the sport. 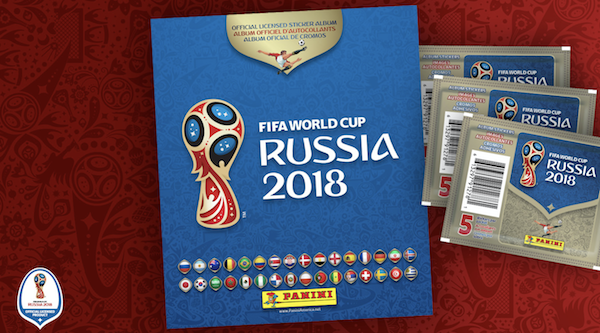 One of your clients is Panini trading cards/stickers. How popular are trading cards in this age of electronic entertainment, kids being so attached to their smart phones?

I will openly admit that Panini is a passion client for our Agency. Like many expats my age, I grew up with Panini and the nostalgic memories of collecting/trading stickers are deeply embedded. Amazingly, even today the Panini World Cup experience is a hugely significant part of the overall World Cup for many kids and parents. Our first World Cup with Panini in the U.S was 2010 and we’ve watched the product grew incredibly. This World Cup will be the biggest and best ever for Panini in the U.S. by quite a wide margin. Yes, they now have a digital trading game that is really cool, but the traditional sticker album still has amazing appeal.