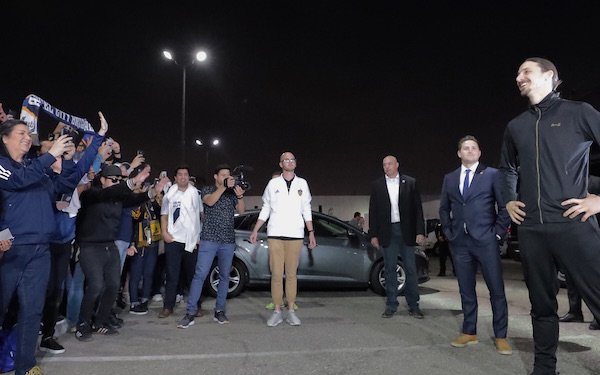 arrived in Los Angeles on Thursday night and will train with the Galaxy on Friday.

The big question is whether he will play on Saturday when the Galaxy hosts LAFC in the first meeting of the MLS's new Los Angeles rivals.

"I think there's a chance he can play a part in the game," said Galaxy coach Sigi Schmid earlier in the week. "I don't think he's going to play 90 minutes, but we have to evaluate once he gets here. It's a long flight and [we have to] see how he feels."

More important for Schmid is to allow Ibrahimovic to meet his new teammates.

"Friday is a pretty easy practice the day before the game," he added. "We just expect him to be able to be a part of the group and start to introduce himself to the group. It's all about team and he knows that. He's been part of successful teams and he knows what it takes to be able to compete, so it's just the first step." 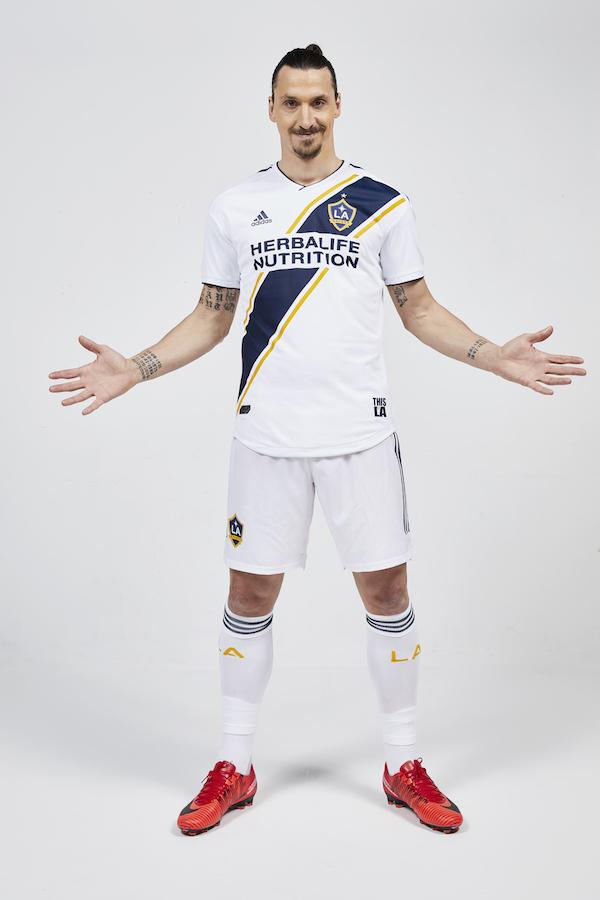 How Zlatan fits into the Galaxy remains to be seen. The Galaxy acquired forward Ola Kamara in the offseason, sending Gyasi Zardes and $400,000 in TAM (plus $100,000 in conditional TAM) to Columbus, for the Norwegian, who has scored 35 goals in 61 MLS games, including one in his Galaxy debut, a 2-1 win over Portland.

After the 0-0 tie at Vancouver on Saturday, Schmid said he'd consider several formations but was confident Ibrahimovic and Kamara can play together.

"At times," said Schmid, "Zlatan's played very well with that kind of a player. I'm sure we can establish a connection and a combination there."