How to Retain Referees (Part 2): Start by getting coaches and refs in same room

In my last article, I shared some ideas on how referee associations and leagues can retain refs, a huge challenge across the United States. I conclude my thoughts with these initiatives:

Hold Preseason Meetings
Have meetings before each season, hopefully getting refs and coaches in the same room, to go over procedures so the upcoming season runs smoothly. The ref would need to attend one of the meetings to be assigned and the coaches would receive their team’s schedule at the meeting. One goal would be to get everybody on the same page but even if that doesn’t occur, refs could vent about touchline behavior and coaches could vent about refs who take up their residence inside the kickoff circle, and maybe they will all understand the big picture better. And league officials should make it abundantly clear that the youth soccer experience will not be a positive one if refs only think about officiating when they put on their uniform or coaches believe they can “work the refs.”

• Read Part 1 of Randy Vogt's "How to Retain Referees" HERE.

Start a Marketing Campaign to Parents
The idea would be that “There is a referee shortage across the U.S. as most new youth soccer refs quit in their first two years with verbal abuse by kids' parents being the No. 1 reason for quitting. So the ref at your child’s game might actually be on his/her fourth or fifth game that day. By yelling at the ref, you could be contributing to this ref shortage. If the ref numbers do not increase, we might not be able to have a ref at many games in the future. So we’re expecting you to be gracious to all refs and to be a good role model for your own children and the other kids at the field too.”

The league has mailing and e-mail addresses of each family. It would be very effective if they spent some real money for a direct mail campaign but, if not, occasional e-mails to parents on this subject and posts to social media could be effective too.

Formally Thank the Refs
Leagues need to demonstrate that they appreciate their refs so a signed thank-you letter (not an e-mail but an actual letter that goes to each referee’s home) from the league Board of Directors stating how the league appreciates the ref giving up most of their weekends to officiate their players can go a long way. A new stopwatch and another thank-you letter would be nice when a ref reaches a game milestone, such as 100 games officiated in that league. And if the league has a formal awards ceremony at the conclusion of the season, the top refs need to be honored in addition to the top players and coaches. Too many leagues do not even think about the refs in this positive way. 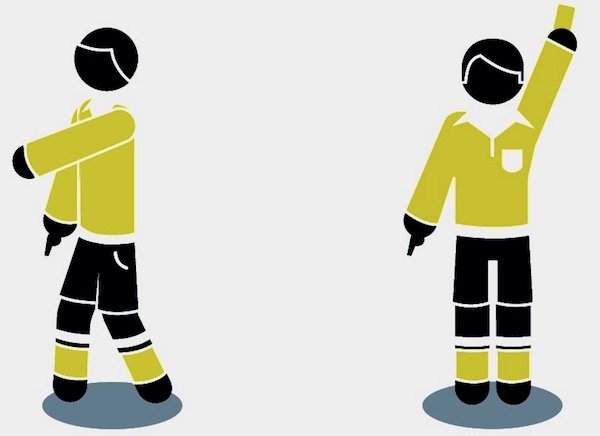 Suspend Those Sent-Off and Those Who Receive Cautions in Multiple Games
I cannot tell you how disheartening it can be to see a sent-off player or dismissed coach not be suspended or for leagues to not track and suspend players and coaches who receive multiple yellow cards during a season. With so many rival leagues today looking to increase membership, I’ve heard one league organizer state that they want the teams to “enjoy the experience.” Meaning they are hesitant to suspend a coach who was dismissed by the ref for trying to give a running commentary of the officiating during the match. Well, guess what? My colleagues and I have choices too and we are hesitant to ref leagues like that and I’ll put my energy elsewhere to officiate leagues that support refs by suspensions.

People learn a valuable lesson when they cannot participate in the following match or matches because of their actions and they are often very apologetic after returning from their suspension. A firm Arbitration Program works wonders in controlling behavior plus retaining refs too.

For those who believe it’s too much work for leagues to track cautions and suspend those who receive something like three yellow cards in one season, a cautionary tale. During my long and winding ref career, I’ve sent off a couple of players of both genders who were quite unpopular with opposing teams. So much so that coaches of opposing teams in the same division approached me to say thank-you for sending off a player who “deliberately fouled my players in a friendly game for charity” or “caused nothing but problems whenever we played.” One girl had seriously injured an opponent and the league looked it up and found out that she had been cautioned five times that season without a suspension.

Soccer Americans might have noticed that my seven ideas do not include increasing referee game fees. Yes, throwing lots of money at this problem would end the ref shortage and it would be great if the money I receive from reffing youth soccer significantly increased. Yet I would not want refs to contribute to the huge expense of youth soccer for many parents.

I’ve refereed in Eastern New York for the past four decades and we receive an inflationary raise every few years, which is fine. The ideas above and in my previous article will cost very little to implement in comparison.

Summarizing, we will not have any more problems retaining refs if we can get youth soccer to be where the players play, the coaches coach, the referees ref and the fans cheer.

referees, u.s. youth soccer
8 comments about "How to Retain Referees (Part 2): Start by getting coaches and refs in same room".
Read more comments >
Next story loading