During a week jumbled by games postponed to assist MLS survivors in the Concacaf Champions League, idle New York City FC held first against a surge of the two teams right behind it.

Atlanta United’s pulverizing of Los Angeles FC and a solid Sporting Kansas City victory in the home of LAFC’s archrival preserved their slots at No. 2 and No. 3, respectively. The next tier of teams failed to win,  and New England took advantage to roll over 10-man Montreal and into fourth place.

After staging their epic inaugural derby (4-3) the week before, LAFC and the Galaxy were both shut out while conceding the same goal total, combined.  FC Dallas, which has yet to play on the road, remained undefeated and the Timbers, after five straight on the road to open the season, have yet to win. 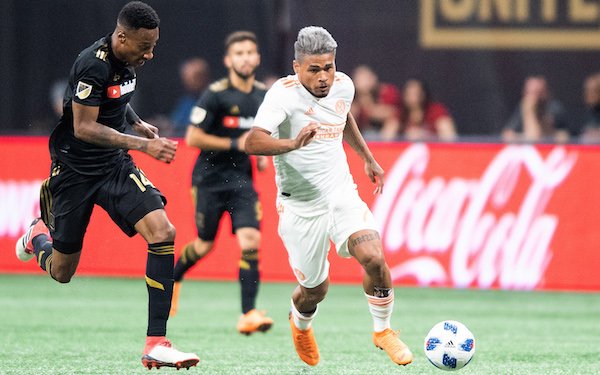