Ronaldo's golazo: The best ever? Maybe, along with quite a few others

The gasps of astonishment and the avalanche of praise that greeted Cristiano Ronaldo’s superb bicycle kick goal against Juventus held a particular interest to me.

Some time back -- it was 1972, so it was a hell of a long time back -- I got a unique chance to observe and study the mechanics and, for sure, the secrets of the bicycle kick as demonstrated by the guy who was then considered to be the master of the technique: Pele. 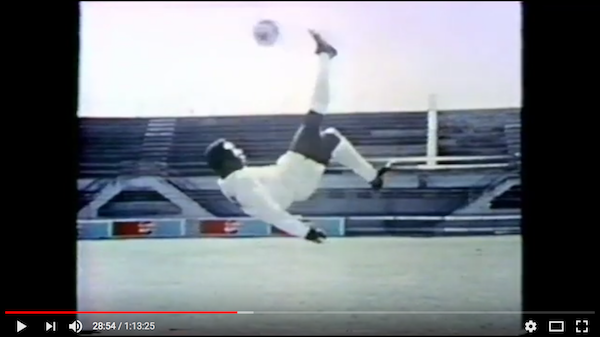 I was in Santos, overseeing the filming of a series of instructional films starring Pele. Each day was devoted to a different skill. The bicycle kick featured strongly. Though most of the people involved -- the director, the cameramen etc. -- were not soccer people, they had an idea of the bike, saw it as something dynamic, spectacular, something that was almost designed for filming.

We spent a long session, several hours, on it. Pele’s friend, the wonderful Professor Julio Mazzei -- he was the one who kept us organized -- was later to insist that I had forced Pele to repeat the kick 30 or 40 times. Until he got it right! But Mazzei’s exuberant enthusiasm was always likely to soar. I think, maybe Pele performed the kick 10 to 15 times. Some of the repeats were at my request, some came from Pele himself, some resulted from human failures like the cameramen not being ready.

Whatever, I had plenty of time to marvel and to ponder as the 31-year-old Pele repeatedly leapt up and crashed down. No, not crashed down, it never looked harsh, more like a graceful subsiding. There was never anything clumsy about the way Pele did things.

I wanted to know: how had Pele learned to do it? His father had taught him, he said. And he had watched other Brazilian players do it. He reeled of the names, bygone Brazilian players I had never heard of. But all of them had a bicycle kick in his playing repertoire. They had been using it, routinely, in the 1940s and 1950s while Pele the boy looked on ... and while I, growing up in England and also watching plenty of soccer, had never seen a bicycle kick, had never even heard of such a thing.

I tried to explain this shameful state of affairs to Pele and Mazzei. They laughed agreeably, too kind to ask, “What kind of a soccer writer are you, who never saw a bicycle kick?” I didn’t pursue the matter, didn’t let on that English players still hadn’t a clue when it came to the bicycle kick. Here we are, 40-plus years further on, and, you know, I have yet to see an English player pull off a classic bicycle. It remains something that is quite alien to their game.

Not in their soccer vocabulary. Nor has the term itself, “bicycle kick,” settled into the language. It is abundantly clear that many soccer people in England believe that the bicycle kick and the scissor kick are one and the same thing. When they involve two glaringly different types of physical action.

If you wonder about that, take a look at the FIFA Rule Book, Rule 12 page 99, where you will find:

“A scissors or bicycle kick is permissible provided that it is not dangerous to an opponent.”

A poorly worded sentence that clearly implies that the author is using the word “or” to mean “a.k.a.” His subsequent use of the singular verb reveals that he is not aware that he is dealing with two distinct actions. 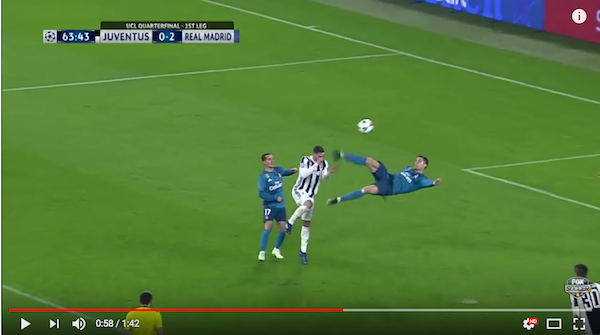 The day after Ronaldo’s goal, I looked at the headlines used in 13 English newspapers and websites. Only four of them identified a bicycle kick. Eight settled for overhead kick. One -- ESPN UK -- referred to a “brilliant goal” and went on to a detailed description of the mechanics of the kick, evidently believing that the term “bicycle kick” would not be understood.

Happily, there was no mention of a scissors kick, so we seem to have got past that confusion.

So -- how does one rate Ronaldo’s goal? Best ever? Best Champions League goal? Oh, who knows. We’ve had two terrific goals recently -- the other being Michael Bradley’s beauty against Mexico in the Azteca -- both moments of rare soccer skill, both moments that burned a moment of athletic artistry into our memories. 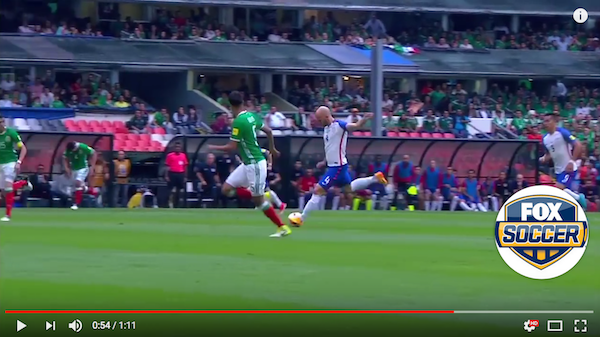 Does it matter if one was better than the other? And by what scale would that superiority, that meaningless decision to downgrade one of them, be measured?

Only by some assessment of how near things get to perfection, I suppose. For that criterion, I have my own candidate. I have never seen a more stunning display of technical perfection than a scissor kick pulled off by the Mexican Marco Fabian, playing for Chivas Guadalajara back in 2011 in an exhibition game against Pep Guardiola’s Barcelona. This was assuredly Fabian’s night: at 59:06 he scored with a tremendous 30-yard pile-driver, then, three minutes later brought the house down with a sublime scissor kick. Watch and thrill to it. 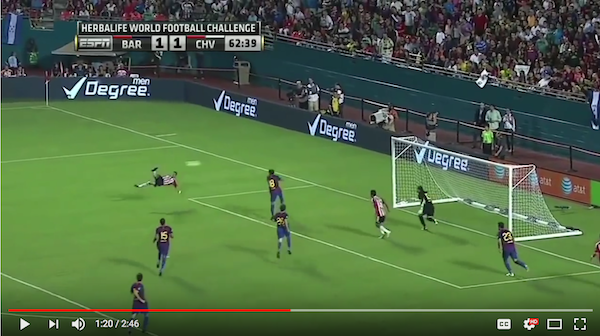 Near perfection ... but better than Ronaldo? Than Bradley? Oh, I don’t know. Nor do I care that much. All three goals -- and quite a few others -- settle in the memory because of their beauty, their excitement, their rarity -- and, maybe, their perfection. But perfection, you know, has its faults. The poet has told us how a “sweet disorder” bewitches more than “when art is too precise in every part.”

Anyway, all the qualities I’ve mentioned are subjective measures. All of them exist only in the eye -- and in the mind -- of the beholder. Over to you, beholder.

golazo
11 comments about "Ronaldo's golazo: The best ever? Maybe, along with quite a few others".
Read more comments >
Next story loading