Approval on Cincinnati as MLS's 26th team could come as soon as Tuesday following key approvals from city leaders. Here's the latest:

City council vote. On Monday afternoon, the Cincinnati city council approved by a 5-4 vote a $34.8 million infrastructure package in connection with FC Cincinnati's plan to build a $200 million soccer stadium in the West End neighborhood. 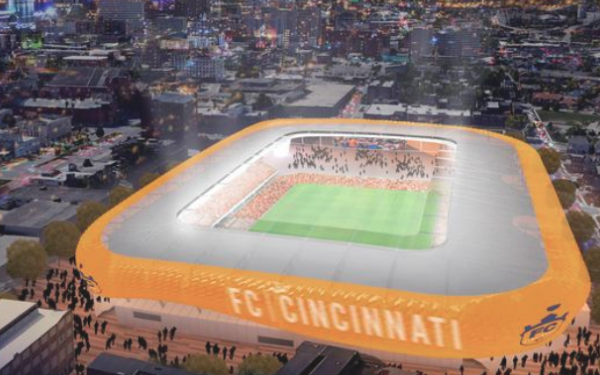 The breakthrough came two weeks ago when Cincinnati city councilmen P.G. Sittenfeld and David Mann announced they would back a proposal to build the soccer stadium at the current site of a high school stadium, Willard R. Stargel Stadium, in return for an agreement on the property taxes that will be paid.

School board OK. Cincinnati Public Schools then approved the agreement on the payment of property taxes and a land swap. FCC will pay more than $25 million worth of school property taxes and build a new $10 million high school stadium in the West End to replace Stargel Stadium.

FC Cincinnati also agreed to spend $15 million on affordable housing in the West End neighborhood, donating a vacant plot next to the new high school stadium to the Greater Cincinnati Redevelopment Authority, which would work with a private developer on building 162 units of affordable housing. FC Cincinnati also reached an agreement on using minority businesses and women-owned businesses during the construction phase.

Next: MLS's board of governors is meeting Tuesday in Los Angeles. It could give MLS commissioner Don Garber the green light to announce Cincinnati as an expansion team.