Zlatan Ibrahimovic says he's going to the World Cup in Russia. Whether that's as a fan during the short MLS break in June, as a pitchman -- he signed up as Visa's World Cup 2018 spokesperson-- or as a player remains to be seen. 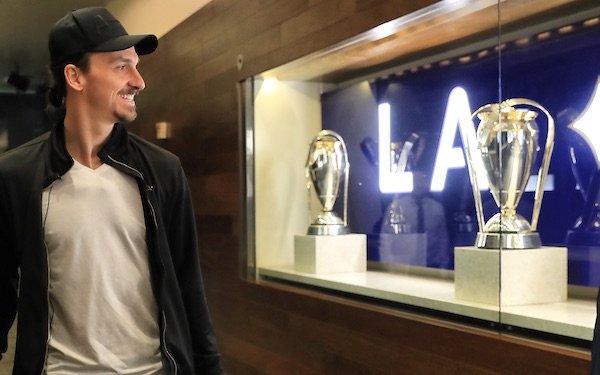 He retired from the Swedish national team after Euro 2016 but has expressed interest in returning for the 2018 World Cup finals. One former teammate says that might not be a good idea.

In an interview with French goalkeeper site Main Opposee, Guingamp goalkeeper Karl-Johan Johnsson, the national team backup, says Sweden will do just fine without Ibra, who scored 62 goals in 116 international matches for Sweden.

Johnsson added the national team would play differently with Ibrahimovic, or any big star for that matter, in the team.

"As a team, we play as a collective, all the players together," he said. "With Zlatan, as a person, as a player he's an individualist, and the play goes around him. Instead, now, we play more the team all together. It's a different style of play when you have a player like Zlatan, Cristiano [Ronaldo] or [Lionel] Messi in your team, because they're world-class players, and you have to use those players to win the game and play in a special way. I don't know if the coach wants such a big change, because he'll have to change the whole system of how he wants to play."