The American CEO of an African club: Mark Noonan on Ghana's unique love for soccer and his hope for Hearts

Mark Noonan, former U.S. Soccer and MLS executive, is now CEO of Ghana's Accra Hearts of Oak -- the winner of 20 league titles and 10 Ghanaian FA Cups. Noonan starred for Connecticut's Staples High School before winning the 1986 NCAA Division I title with Duke. Following his stint as U.S. Soccer's chief marketing officer, during which he oversaw the marketing of the 1999 Women's World Cup, he served four years (2000-2004) as MLS Executive Vice President of Marketing. He founded FocalSport in 2005 and after his three-year tenure as World Surf League chief commercial officer ended last year he connected via LinkedIn with Heart's majority owner Togbe Afede XIV, who is also the president of Ghana’s National House of Chiefs and King of the Asogli state. Two months ago, Noonan became Hearts' CEO. 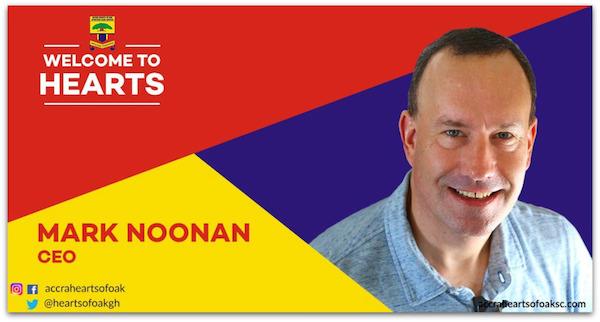 SOCCER AMERICA: How did you end up becoming the CEO of a major African soccer club?

MARK NOONAN: After we connected on-line, it was a three-step process. His Royal Majesty Togbe Afede XIV is on the Board of Directors of the World Trade Centers Association and we had some meetings in the New York in October 2017. Initially, I thought I might be able to bring Hearts on board as a consulting client for my agency, but we had a great initial meeting and ...

He invited me to the Ghana FA Cup final where they played -- and sadly, lost -- to their archrival, the Asante Kotoko Porcupine Warriors.

After the match, we kept talking through the holidays into the New Year trying to find the right fit, which we eventually found. And now, here I am.

SA: Hearts of Oak has won 20 Ghana Premier League titles but not since 2009. How do you think you can help Hearts get back on top?

MARK NOONAN: Accra Hearts of Oak SC is what they call here a "Traditional Club," which basically means that it has been run and funded by a well-intentioned Board of Directors and organized supporters groups with a very strong underlying “spiritual” side to it.

As the world has moved on, it became clear to the Board that they needed to have a more professional management structure at the club, which is why I was brought in. The challenge for me is to ensure we respect the history and traditions of the club while modernizing its business practices. It is a delicate balance, for sure, as the spiritual foundations of the club are very strong. 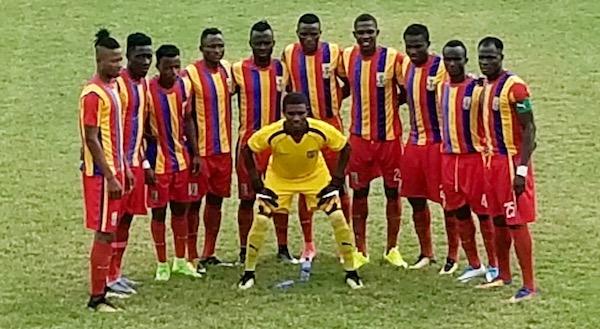 SA: What would you like to accomplish as the club CEO?

MARK NOONAN: My overall goal is to make the supporters of the club happy and proud. In order to do that, we will need to: One, beat Asante Kotoko. We have our first match against them this Sunday at the Baba Yara Stadium, their home ground. Two, play attractive, attacking soccer and in doing so be in a position to win the League and FA Cups every year. Third, we need to qualify for CAF Champions League and advance deep in to the tournament.

We aim to lead the development of club soccer in Ghana and contribute to the success of the Ghana’s men’s national team, the Black Stars, and use the platform of the club to make a significant and meaningful social impact on the country and the communities we serve.

I'm working to create a model that is economically sustainable, while respecting the soul and authenticity of the club.

SA: What's the origin of the club's nickname, the Phobia?

MARK NOONAN: It was inspired by the fear the club inspired in the team’s opponents whenever they had to face the mighty Oak. The motto of the Club is "Never Say Die … Until the Bones Are Rotten."

SA: What are you particularly impressed with about pro soccer in Ghana?

MARK NOONAN: Without a doubt, the playing talent and the passion people have for the sport here. The athletes are off the charts and people play the game all day and night just about anywhere there is open space.

The other night we were returning from an away match and literally in every single village we passed through over the course of a four-hour drive the game was being played, including an amazing display of amputee soccer.

As we were pulling in to Accra around 10 p.m., there was even a pickup game being played in the dirt under the concrete highway exit ramp. It is hard to describe the love they have as it is like nothing I have ever seen in any country I have visited.

SA: When it comes to youth development, the USA is very keen on looking to Europe. Is there anything you've seen in Africa that you think American soccer could learn from?

MARK NOONAN: Certainly, the free play anytime, anywhere, anyhow no matter the conditions and the unbridled passion for the game. Nothing will stop these people for playing the game. I also think that in the developed countries we focus on the arms races of facilities and pay-to-play and forget how simple the game is. These people don’t have that luxury, nor are they overly scheduled.

SA: What's it like living in Accra? How would you describe what kind of city it is?

MARK NOONAN: Accra is a really interesting city situated right along the Atlantic Coast. I would actually describe it as two cities: the "expat" city and the “indigenous" city.

Not that they are separate by any means, but there are two distinct economies that might as well be night and day. I guess I would describe it as a mix of the developed and developing worlds with a ton of overlap.

For example, I live in a modern high-rise building that is very "western" in its amenities. However, the neighborhood is mixed with far more traditional and modest housing and local businesses.

Places like the Makola Market are not to be believed unless you experience them, but there are also modern malls and supermarkets -- although I prefer the local markets.

Traffic is insane. If you check out how the roads are arranged on Google maps, you will get an idea why. There is way too much garbage. And the people here carry a ton of things on their heads -- and the most beautiful site you will see is how women carry their babies on their backs. 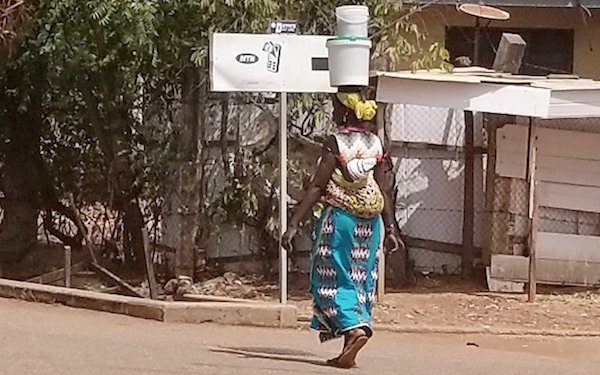 SA: What do you think it will take for a nation from Africa, which has produced plenty of world-class players, to win the World Cup?

MARK NOONAN: Time and transparency. I have no doubt in my mind that the footballing talent is here to win a World Cup as evidenced by the success of past youth national teams. However, until there are transparent systems in place to identify the most promising young talent, educate them, train them and shield them from selfish outside influences it will be exceedingly difficult.

SA: What went wrong that Ghana -- after three straight appearances, including a run to the quarterfinals in 2010 -- didn't qualify for the 2018 World Cup and what was the reaction like?

MARK NOONAN: I wasn’t here for the qualification process so it is difficult for me to comment on. That said, it hurts deeply in two ways. First, is pride. The Black Stars -- and, slowly but surely, the Black Queens -- are really, really important to the nation’s psyche.

There is no other sport that can compare to football here. There is also economics. Unlike U.S. Soccer, the Ghana FA isn’t sitting on a $100 million surplus to weather the storm until the next World Cup. The loss of FIFA World Cup money is far more important here than in the developed world.

SA: Speaking of not qualifying, what's your view on the USA failing?

MARK NOONAN: A wake-up call. Failure is a very painful teacher, but the lessons learned from this cycle will help us in the next one. The sky is not falling.

When you see what MLS is doing with infrastructure, media, and player development, there is so much to be excited about. I truly believe we will learn and be stronger from this experience.

But it still sucks. Not being able to watch the Red, White and Blue -- or the Black Stars over -- this summer is a huge bummer. I have adopted Los Ticos of Costa Rica as my team this go around.

international, world cup 2018
13 comments about "The American CEO of an African club: Mark Noonan on Ghana's unique love for soccer and his hope for Hearts".
Read more comments >
Next story loading