World Cup Retro 1930: Five names to have at your fingertips

Here are five names to have at your fingertips about the inaugural World Cup won by Uruguay. 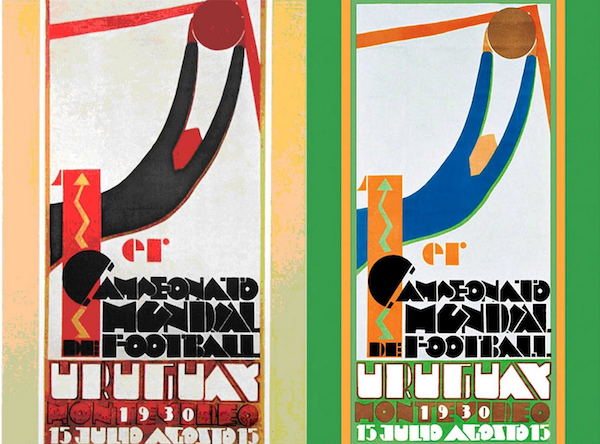 Estadio Centenario. Uruguay, with a population of just 2 million, was named host of the first World Cup because it won the previous two Olympic tournaments and it offered to pay travel costs of all entrants. It also used the tournament to celebrate its 100th anniversary of independence, and commemorated it by building the Centenary Stadium. Uruguay still made a modest profit on the event.

King Carol. Complaining of the three-week ship journey or angered that they weren’t named host, key European nations refused to enter the tournament. Romania’s team went on orders of King Carol, who also picked the squad.

Lucien Laurent. France was one of four European teams to go to Uruguay, and Lucien Laurent scored the first-ever goal in tournament history, in the 19th minute against Mexico.

Bert Patenaude. The first World Cup hat trick was scored by an American. Massachusetts-born Bert Patenaude, then 21 years old, provided all the goals in the USA’s 3-0 win over Paraguay. He had also scored once in the opening 3-0 win over Belgium, and his four World Cup goals remained a U.S. record until Landon Donovan scored his fifth, against Ghana in the round of 16 at the 2010 World Cup. The two wins sent the USA into the semifinals against Argentina, which thumped the Americans, 6-1.

La Celeste. Uruguay, nicknamed La Celeste (The Sky Blue), beat Yugoslavia, 6-1, to reach the final, where a dispute arose over whether a Uruguayan or Argentine ball should be used -- thus a different ball was used in each half. Argentina scored twice with its ball in the first half but Uruguay overcame the 2-1 halftime deficit by scoring three times in the second half with its ball for a 4-2 win.