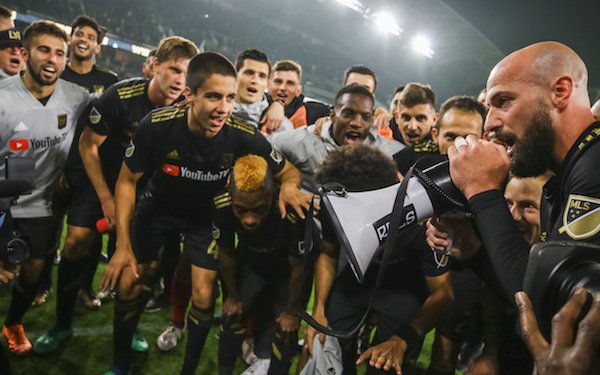 Expansion Los Angeles FC opened with four wins in its first six games on the road.

Continuing its explosive start, which featured 12 goals, proved to be a lot of harder for LAFC at its new $350 million Banc of California Stadium, which opened on Sunday.

The 22,000-seat stadium, built on the site of the demolished Los Angeles Sports Arena just south of downtown near the USC campus, takes MLS stadiums to a new level with its 3252 North End standing section, the steepest in in the league, a director’s lounge for the club's VIP owners and a sunset deck. 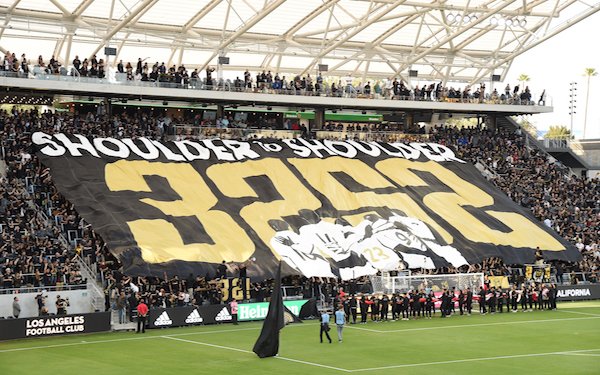 It was always going to be difficult for Sunday night's opening on Figueroa Street to live up to its hype, and LAFC struggled to break down the Seattle Sounders, who were missing their two center backs, Chad Marshall and Roman Torres, the latter a scratch after pregame warmups.

Defender Laurent Ciman was the unlikely hero, scoring on a free kick through the arms of Sounders keeper Stefan Frei in the last minute of stoppage time to give LAFC a 1-0 win.

LAFC coach Bob Bradley was on the sidelines as a D.C. United assistant coach for another historic MLS opener, the league's opening game in 1996 that was spared a scoreless draw when Eric Wynalda scored late in the game to give the San Jose Clash a 1-0 win.

"You get in all kinds of games," but it’s nice to not have to open this incredible new stadium in Los Angeles with a zero-zero." 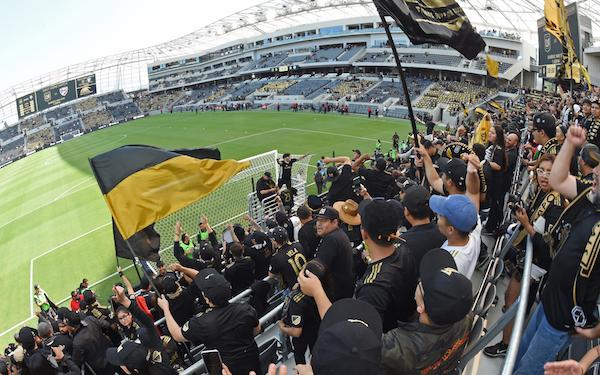 Ciman has scored on free kicks in his last two games, matching his total of goals in his first three MLS seasons with the Montreal Impact.

“That wasn’t something that we picked up on him when we brought him here," said Bradley. "We picked up on his leadership, he plays with emotion, passion and when you play out of the back, he’s a guy who can make passes, so you have all those things. He’s been great since he’s arrived, he is a good leader, and he’s been able to knock in some goals."

Ciman said he and his teammates felt the energy from their new fans.

"All the people were waiting for this moment," he said, "and I think it was a great day. Of course maybe the game was not the most fun to watch, but in the end, we won and everyone was excited and they enjoyed.”