World Cup Retro 1938: Five names to have at your fingertips

Here are five names to have at your fingertips about the third World Cup, hosted by France and won by Italy. 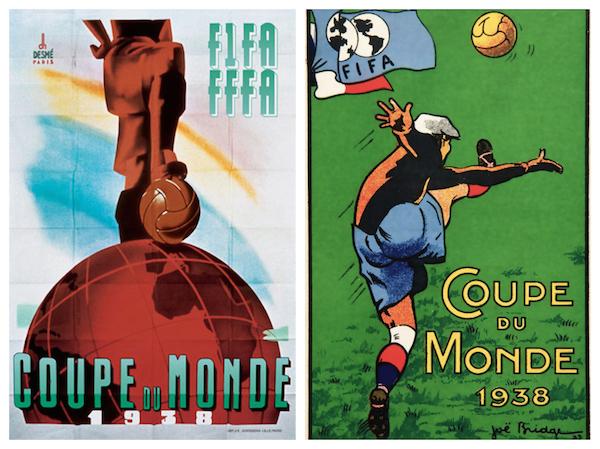 Anschluss. The specter of World War II was emerging with Nazi Germany’s annexation (Anschluss) of Austria -- a move that also disbanded the talented Austrian “Wunderteam” and placed its stars in the German squad. The Germans’ ploy quickly failed as they were eliminated by Switzerland.

Fascism. Besides the Austrians' forced elimination, Spain withdrew because of its civil war, in which the Nationalist rebels received support from Fascist Germany and Italy.

Cuba. Neither Mexico nor the USA showed any interest in traveling to Europe amid the tense political situation, leaving Cuba as the unchallenged qualifier from the region. In its only World Cup appearance, the Cubans tied Romania but exited after losing the replay.

Jules Rimet. The Frenchman who presided over FIFA since 1919 and whose name adorned the World Cup trophy from 1930 to 1970, brought the World Cup to his homeland -- a bold move because soccer was not a French national passion -- but just one of its three major sports, along with cycling and rugby. France opened with a win over Belgium and fell in quarterfinals to Italy.

Azzurri. Defending champion Italy, intent to prove it could also win away from home, first met Norway and was booed by political exiles as the players gave a Fascist salute before the game. They squeaked by the Norwegians before beating France and Brazil to reach the final against Hungary. The inside forward trio of Giuseppe Meazza, Silvio Piola and Giovanni Ferrari led Italy to a 4-2 win. Whereas four years earlier it won the World Cup with four Argentines, Italy had only one oriundo, a Uruguayan.