Best of April: Our top 5 from MLS

Atlanta United and NYCFC remain the beasts of the East, but Orlando City and New England are making it quite a race.

1. Best game. The first meeting between Atlanta United and New York City FC at Mercedes-Benz Stadium lived up to its billing. The 2-2 tie even drew a compliment out of NYCFC head coach Patrick Vieira, who termed the match a "a big game of football."

2. Best team. After three games, Orlando City had one point, and head coach Jason Kreis looked to be in the hot seat. But four wins in four games in April extended the Lions' unbeaten streak to five games. They spent heavily in the offseason after not making the playoffs in their first three seasons. All Orlando City needed was to get everyone healthy.

3. Best new coach. The Revs went 2-1-1 for the second month in a row. That consistency out of New England is a testament to the work of Brad Friedel. He's been pulling all the right levers, bringing in Cristian Penilla, Luis Caicedo and Wilfried Zahibo into midfield and installing Diego Fagundez as the No. 10 and Teal Bunbury  as the center forward, have all paid off. 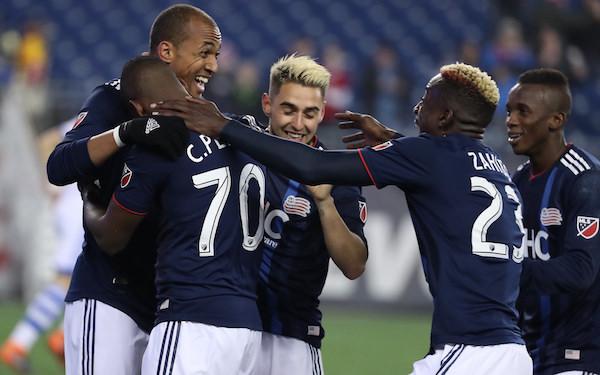 4. Best signing you probably never heard of. Chris Mueller was known as a setup man in college -- he led the nation with 20 assists for Wisconsin in 2017 -- but he scored goals in three straight wins in April for Orlando City, which took him with the sixth pick of the 2018 SuperDraft. Mueller hails from Schaumburg, Illinois, heretofore known as the home of the Snow bothers, Ken and Steve.