After MLS's Week 9, the last-place teams in both conferences -- both with four points -- are last year's MLS Cup finalists: Toronto FC and Seattle.

Both are 1-4-1 and have played the fewest games of any team in MLS. Both were involved in the Concacaf Champions League, TFC two rounds longer than the Sounders.

In the aftermath of Sunday's 1-0 loss at LAFC and comments by Garth Lagerwey, the Sounders' general manager and president of soccer since 2015, that Seattle is no longer MLS's biggest spender, fan angst is growing in SounderLand.

Sounders head coach Brian Schmetzer tried to nip the concerns in the bud on Wednesday, telling reporters after practice that the goal hasn't changed: reach MLS Cup for a third year in a row. 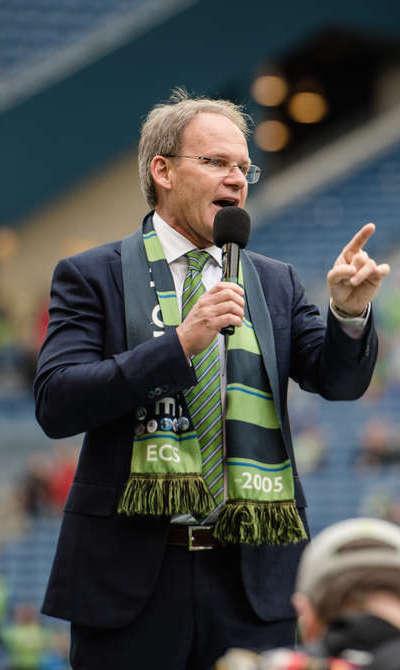 The short-handed Sounders did a good job against LAFC but fell on a goal by Laurent Ciman through the arms of keeper Stefan Frei in the dying seconds of stoppage time. After the game at Banc of California Stadium, Schmetzer backed Frei, who has saved Sounders many points in recent years.

“Those guys are busting their ass, the coaching staff is working their ass off trying to find solutions, and we are going to push forward,” Schmetzer added on Wednesday. “I want to push forward on all this mess because, I have already told you, as long as I am here, this team is never going to quit. Simple as that.”

He said the Sounders weren't afraid to compete against MLS's big-spending teams in Los Angeles and New York or Atlanta United.

“We have been to two MLS Cup finals," he said. "And our goal is to make another one.”


The Sounders have their sights set on a busy, yet crucial, stretch of matches. After hosting Columbus Crew SC on Saturday, the Rave Green visit Toronto FC on Wednesday, May 9 and the Portland Timbers on Sunday, May 13.