Dream transfer: Pulisic to Liverpool, too good to be true? 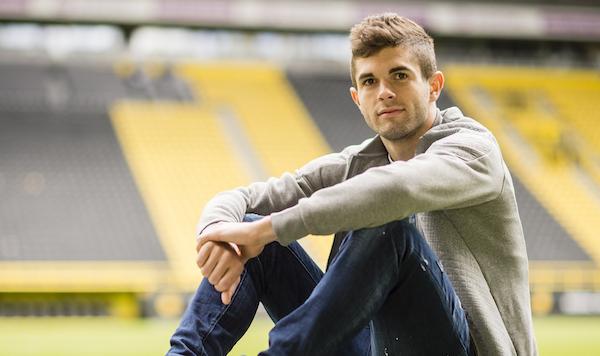 It is the dream transfer: Christian Pulisic leaves Borussia Dortmund for Liverpool.

Pulisic is reunited at Liverpool with German manager Jurgen Klopp, who was at Borussia Dortmund when Pulisic turned pro in 2015.

Pulisic joins the most prolific trio in UEFA Champions League history, Mohamed Salah, Roberto Firmino and Sadio Mane, with 29 goals between them this season.

Pulisic moves to the most identifiably American club in the EPL, owned by Fenway Sports Group, owner of the Boston Red Sox. (Even Lebron James has a minority share in the club.)

The German tabloid Bild revived talk of a move when it reported that Klopp will bid to sign the 19-year-old Pulisic, who still has two years left on his contract. It reported that Dortmund wants $72 million for Pulisic. 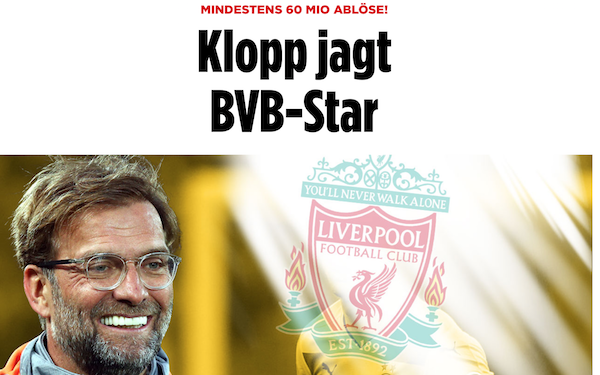 It just happens to be too good to be true.

“I am in constant exchange with Jurgen Klopp,” said BVB sporting director Michael Zorc, "but I am not aware of this."

Liverpool already has a deal in place to bring Guinean midfielder Naby Keita from RB Leipzig for a minimum of $65 million as a replacement for Philippe Coutinho this summer.

Between the money they got from Barcelona for Coutinho and the money they will get for their Champions League run, the Reds will have plenty of money left over to make a run at Pulisic. But they will likely want to move Mane or Salah before considering a bid for the Klopp favorite.

That does not mean Pulisic won't move to Anfield.