World Cup Retro 1958: Five names to have at your fingertips

Here are five names to have at your fingertips about the sixth World Cup, hosted by Sweden and won by Brazil. 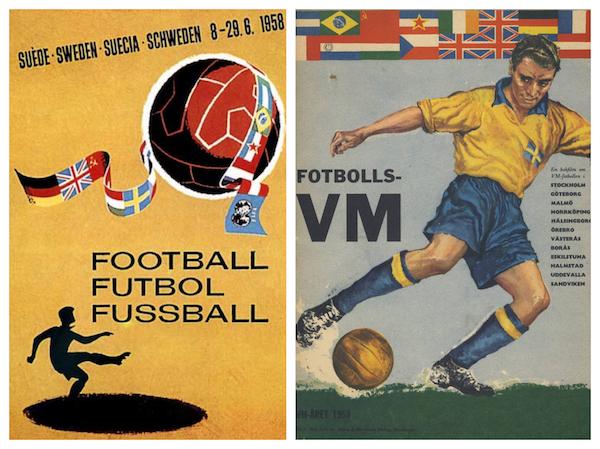 Nils Liedholm. Sweden had won the gold medal at the 1948 Olympic soccer tournament in London but its stars, Gunnar Gren, Gunnar Nordahl and Nils Liedholm, were dropped from the national team by the Swedish federation because they went pro. The so-called Gre-No-Li trio excelled at AC Milan and Sweden welcomed pros back for the 1958 World Cup it hosted, although Nordahl was out of the picture by then. Liedholm, known as Il Barone (The Baron) in Italy, captained the team and remains the oldest player (35) to score in a World Cup final. But Brazil recovered from his opening strike to win 5-2 and become the first team to lift the trophy outside its continent.

Munich Air Disaster. In the first and only World Cup in which all four British teams -- England, Wales, Scotland and Northern Ireland -- qualified, England would have been a favorite but three of its starters (Roger Byrne, Tommy Taylor and Duncan Edwards) were among the eight Manchester United players who died in the Munich airplane crash of February 1958. Moreover, England brought only 20 players despite a 22-man roster allowance and left Stanley Matthews and Nat Lofthouse at home. It exited in the first round.

Just Fontaine. Born in Morocco to a Spanish mother, he began his career with USM Casablanca before moving to France, where he partnered with Raymond Kopa at Reims. The duo spearheaded the French offense that rolled over opponents until falling to Brazil in the semis. Fontaine’s four goals in the 6-3 win over Germany for third place gave him 13 goals for the tournament, still a World Cup record.

Garrincha. Born with a birth defect -- his left leg was longer than his right leg, which bent outward -- he nonetheless was an amazing dribbler. After Brazil tied England, 0-0, in its second game, his teammates demanded Coach Vicente Feola that he start “The Little Bird.” Garrincha unlocked all the defenses Brazil would encounter. After the 5-2 semifinal win over France, its goalkeeper, Claude Abbes said, “I would rather play against 10 Germans than one Brazilian.”

Pele. Brazil, which had been plagued by lack of discipline in previous World Cups, took great measures to prepare. In 1957, they visited 25 towns looking for the best training site and traveled to Sweden with a team of doctors, dentists, masseurs and a psychologist. They also brought 17-year-old Pele, who at age 9 promised his father he’d help Brazil win a World Cup after seeing him cry following Brazil’s 1950 final loss to Uruguay. Pele scored the lone goal in a 1-0 quarterfinal win over Wales, a hat trick in the semifinal against France, and twice in the 5-2 final win over Sweden. Brazil was fast becoming the world’s favorite team.