World Cup Retro 1970: Five names to have at your fingertips

Here are five names to have at your fingertips about the ninth World Cup, hosted by Mexico and won by Brazil. 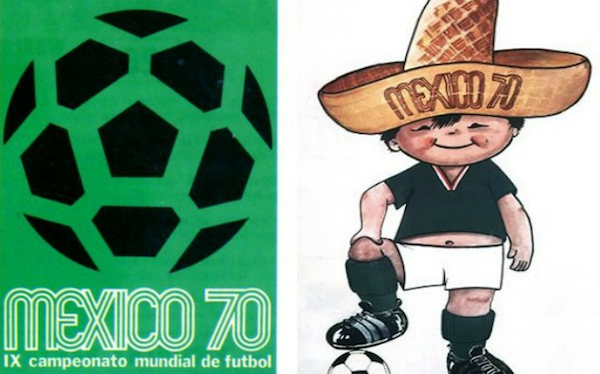 Azteca. In 1968, Mexico had become the first Latin American country to host the Olympics when it held the 19th Summer Games. It built the 114,000-seat Azteca Stadium for the 1970 World Cup and it became the first stadium to host two World Cup finals -- as it was again the site of a thrilling decider in 1986. (Rio's Maracana has hosted the 1950 and 2014 finals.)

Ken Aston. Confusion at the 1966 World Cup over whether Bobby and Jack Charlton had also been booked in the game in which Argentine captain Antonio Rattin didn’t seem to understand he had been ejected by German referee Rudolf Kreitlein prompted the invention by FIFA referee chairman Ken Aston of yellow and red cards, introduced at Mexico ’70. Aston had been inspired while at a stoplight. "As I drove down Kensington High Street, the traffic light turned red. I thought, 'Yellow, take it easy; red, stop, you’re off,’" he said. No red card was shown in Mexico.

Color Television. For the first time, the World Cup was televised live worldwide via satellite and in color. To enable European television to air games in prime time for its audience, organizers scheduled kickoffs of some weekend games, including the final, in high noon heat. Nevertheless, this World Cup is still considered to have provided the most entertaining soccer in World Cup history, thanks much to Brazil. Its attack-minded Samba-ball produced 19 goals in six games and a 4-1 win over Italy. The tournament’s 2.97 goals-per-game average has not been exceeded since. (Also new at the 1970 World Cup, substitutions -- two per game.)

Gerd Mueller. “Der Bomber” was a controversial choice for West Germany’s coach Helmut Schoen because the team already had a center forward, the nation’s most popular player ever, Uwe Seeler. But the duo worked well together. Seeler became the first player to score in four World Cups and is the only player to score two goals at four tournaments. Mueller scored a tournament-leading 10 goals. His strikes included the overtime gamewinner against England in the quarterfinals and two goals against Italy in a dramatic 4-3 semifinal overtime loss.

Jules Rimet Trophy. The brilliant Brazilians totally outplayed the Italians, who were lucky to be tied 1-1 at halftime, in the final. Pele’s first goal was followed by strikes from Gerson, Jairzinho and defender Carlos Alberto. As the first three-time World Cup winner, Brazil got to keep the Jules Rimet Trophy.