A busy week of 16 games scrambled a few places atop the MLS Power Rankings, though many of the top teams stayed put by winning.

Of the nine teams that played twice during the week, only Crew SC took all six points, but since the top-tier teams were especially tough this week it remained in 11th place. Three teams – Toronto FC, Minnesota United, and Montreal – lost both their games and have dropped into the bottom five.

1. ATLANTA UNITED (8-2-1), 1. Backup keeper Paul Christensen replaced Brad Guzan, whose red card in the 34th minute gave SKC the man advantage it exploited for two second-half goals. An eight-game unbeaten streak halted, AUFC got back on track with goals by Josef Martinez and Ezekiel Barco with Alec Kann (five saves) in the nets.
2. LAFC (6-2-2), 2. LAFC got a point against a good team on a tough day for keeper Tyler Miller. He saved a penalty kick but NYCFC scored on the rebound, and the visitor equalized late after a spectacular Miller save pulled a ball back from under the crossbar. USL graduate Mark-Anthony Kaye scored the clinching goal against MNUFC. 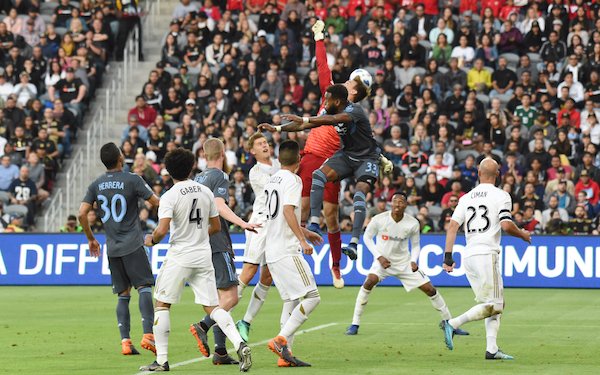 3. SPORTING KANSAS CITY (7-2-2), 4. Homegrown signing Daniel Salloi scored midway through the second half to break open a 0-0 deadlock in Atlanta. SKC is one of many teams to make headlines with offseason signings, yet in his second MLS season Salloi, 21, has scored three goals and notched four assists while starting nine of his 10 appearances.
4. ORLANDO CITY (6-3-1), 3. A second-half rally fell short – despite Justin Meram’s first goal for the team -- to end a six-game winning streak. Oriol Rosell came off the bench for his first Lions’ appearance. Sacha Kljestan got into a brief spat with teammate Mohammed El-Munir and some angered fans threw debris onto the field.
5. NY RED BULLS (6-3-0), 5. The Red Bulls have won three in a row and four of the last five. They struck early against the Rapids with a Daniel Royer goal in the fifth minute and got a needed second goal from Derrick Etienne 15 minutes from the final whistle.
---------------------------------------
6. NYCFC (6-2-3), 6. NYCFC grabbed a point in a wild encounter. It took a 1-0 lead when David Villa headed in the rebound of his saved penalty kick, scored  an own goal to tie the game and struck back through sub  Ismael Tajouri-Shradi after falling behind.
7. NEW ENGLAND (5-3-2), 7. A defeat of the defending champion gives the Reds points in five of their games against 2017 playoff teams. They forced early turnovers from which Cristian Penilla scored his third and fourth goals since signing a loan deal in January and netted the eventual winner by Teal Bunbury with yet another quick attack.
8. FC DALLAS (4-1-4), 8. It’s a cliché to say the real Mauro Diaz finally showed up, but there were glimpses of the magic as FCD prevailed. He assisted on all three goals -- one by Max Urruti, two by Roland Lamah -- in his first start after four games on the bench. Speaking of starts, Kellyn Acosta got his first of 2018.
9. HOUSTON (3-3-3), 9. A goal by Mauro Manotas in the 90th minute broke a 1-1 tie but did not win the game; the Dynamo conceded four minutes later and was deprived of a road win. It has tied three and lost one of its four away games this season.
10. PORTLAND (4-3-2), 10. The feel-good vibe is back at Providence Park, thanks to a late Sebastian Blanco goal that provided a fourth consecutive victory. The soccer wasn’t all that great and neither was the opponent despite the hype of a 100th all-time meeting. No matter. 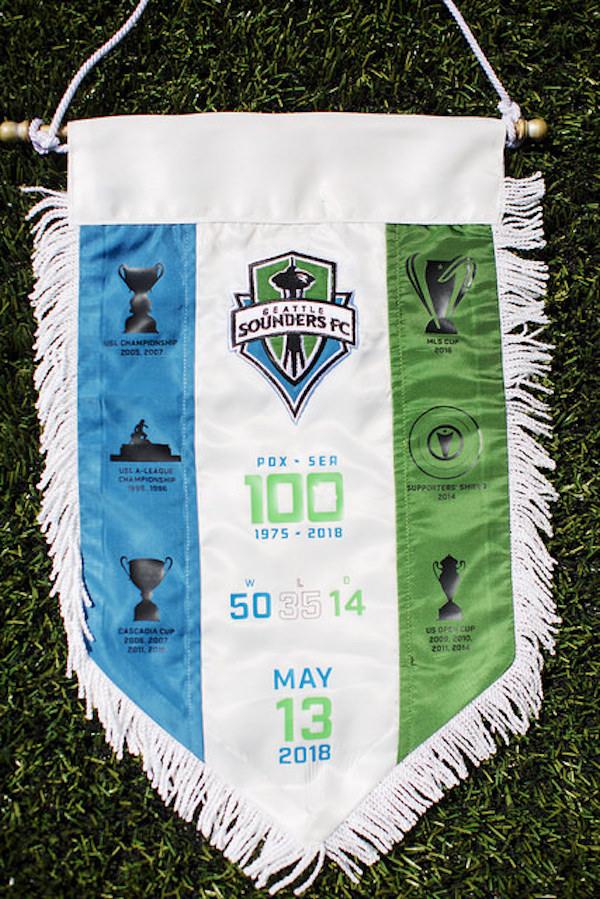 Sounders FC photo.
---------------------------------------
11. COLUMBUS (6-3-3), 11. Two goals scored and a penalty kick earned by Gyasi Zardes swept him into the Golden Boot lead (eight) and Crew SC to a comfortable defeat of Chicago after he’d tallied the only goal of the Philly game. Kudos to head coach Gregg Berhalter for squad rotation: Wil Trapp played the whole game against the Union, and sat out the Fire affair. Crew outshot its two opponents, 35-16, while shutting out both.
12. VANCOUVER (4-5-2), 14. The imposing head of Kendall Waston (assist, goal) wiped out a pair of one-goal deficits. Brek Shea scuffed a sitter.
13. COLORADO (2-5-2), 13. Off the bench, Jack McBean tapped in a rebound as the Rapids lost their fourth straight.
14. REAL SALT LAKE (4-5-1), 17. Another fine goal by Corey Baird -- this one a diving header -- tied the game, and tallies by Albert Rusnak and Jefferson Savarino sealed RSL’s fourth home win. The quest for road points, of which it has just one, continues Saturday in Philly and next week in Seattle.
15. CHICAGO (3-5-2), 18. A second goal in as many games for Kevin Ellis earned the Fire its victory against Montreal, but it didn’t offer enough resistance in the second game.
---------------------------------------
16. PHILADELPHIA (3-5-2), 19. Blanked in the first two games of its road swing, Philly got goals late in each half from Corey Burke and Haris Medunjanin to finish it on a winning note.
17. SEATTLE (2-5-2), 20. We’ll give the Sounders some credit for winning at BMO Field and going leg-weary three days later in Portland after a pair of cross-country flights. Will Bruin got the first goal and finalist for Name of the Year Handwalla Bwana tallied the winner.
18. L.A. GALAXY (3-6-1), 12. Three straight 3-2 losses have the Galaxy reeling. Perry Kitchen departed after a miserable first half and Giovani dos Santos departed a few minutes into the second half with another injury. Ola Kamara scored his fourth goal and Zlatan Ibrahimovic drove a shot off the woodwork in the final minutes.  Defending remains to be a mystery.
19. TORONTO FC (2-6-1), 15. A bad week went completely sour when Sebastian Giovinco touched an opponent’s face and was sent off at New England after converting a penalty kick that cut the deficit to 3-2. How dumb can you be?
20. SAN JOSE (2-5-2), 23. Speaking of PKs, the Quakes converted two to top MNUFC for the second time this year. They’ve yet to beat anybody else, despite a few other decent performances, but get D.C. at home this weekend.
---------------------------------------
21. MINNESOTA UNITED (4-7-0), 16. The Loons responded to their second two-game winning streak of the season by dropping two in a row. They were outplayed at LAFC and fell behind at home to San Jose by conceding a penalty kick in the second minute.
22. MONTREAL (3-8-0), 21. Lost on the road and at home without scoring a goal. So much for building upon that 4-2 thumping of New England the week before
23. D.C. UNITED (1-5-2), 22. United scored before and after giving up three goals (Paul Arriola and Steve Birnbaum, respectively). Still, not a bad showing after losing Joseph Mora to a red card in the 22nd minute.