Only nine members of Germany's 2014 World Cup-winning squad have been named by Coach Joachim Loew to his 27-player preliminary roster for the 2018 World Cup that will be pared down to 23 players. Neither Mario Goetze, who scored the overtime goal in Germany's 1-0 2014 final win over Argentina, nor the man who assisted on the goal, Andre Schuerrle, will be going to Russia. 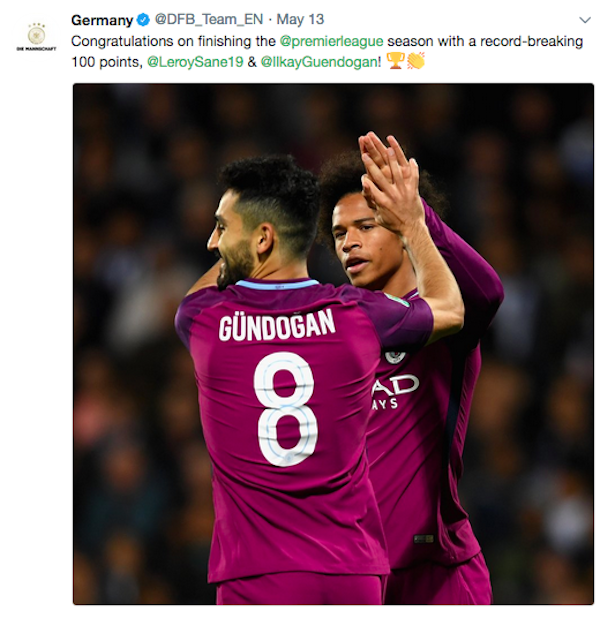 "He has proved to have a great qualities," Loew said of Goetze. "But he wasn't in that form this season. I personally feel sorry for him."

Like Goetze, Schuerrle has struggled since the 2014 World Cup, and Loew had a deep player pool to select from that included two creative playermakers -- Ilkay Guendogan and Marco Reus -- who were injured for the 2014 World Cup and the 2016 European Championship, at which Germany fell to host France in the semifinals.

Among the younger players Loew has integrated into the squad is Guendogan's Manchester City teammate, Leroy Sane, the 22-year-old winger who was named 2017-18 PFA Young Player of the Year award.

RB Leipzig's Werner finished the Bundesliga season with 13 goals and nine assists. Another striker, uncapped 29-year-old Nils Petersen, who scored 15 Bundesliga goals last season, is the biggest surprise of Loew's picks. Petersen scored six goals for Germany during its silver medal win at the 2016 Olympics at which he was one of the team's three overage players.

"Nils played for a team [15th place Freiburg] in which he didn't get a whole lot of chances in every game, yet he scored 15 times," said Loew, who has signed a contract extension through 2022. "He always made a very, very good, very, very fit impression. Besides, his a very good joker [super sub]."

Neuer test. Loew included veteran goalkeeper Manuel Neuer but said the World Cup winner, who has been sidelined while recovering from a broken foot, will have to prove himself able to practice at full speed and in competition when the team plays two friendlies against Germany's U-20 team at its Austria training camp.

Germany is aiming to become the first team to successfully defend its World Cup title since Brazil did it in 1962. Three of the last four World Cup champions have failed even to survive group play.

• 2002 World Cup champion Brazil lost to France in the 2006 quarterfinals.

• At the 2002 World Cup, defending champion France finished last in Group A.