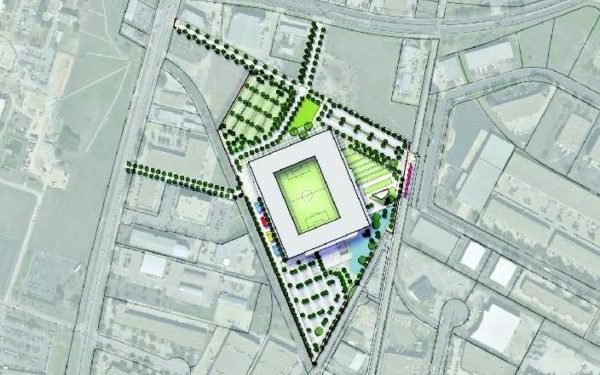 Precourt Sports Ventures, which owns MLS's Columbus Crew, released plans for Austin's McKalla Place, which it hopes to convince the Austin city council in June it should adopt as the home for a soccer stadium.

The renderings include walkways, trails and a performance center. Most critically will be how fans get in and out of the stadium area. Plans call for access roads and limited parking (1,000 spaces) but there will also be a bicycle parking area that could hold 500 bikes. The addition of a Capital Metro rail station is also a possibility.

PSV hopes to have a detailed analysis of the 24-acre city-owned property prepared by the Austin city staff ready for the city council to review by June 1.

If PSV wants to leave Columbus for Austin -- into a temporary site -- for the 2019 season, it will likely need a decision at one of the two city council meetings in June. The next meeting after that isn't until August, perhaps too late for planning purposes.

As it is, PSV and MLS are bogged down in litigation in Columbus. A Franklin County judge recently ordered a 90-day stay in a lawsuit filed by Ohio attorney general and the city of Columbus seeking to enforce the so-called Modell Law that seeks to stop the move to Austin, at least until local bidders are given the opportunity to purchase the team.

Judge Jeffrey Brown hopes to use the pause to seek out what could bring the parties together on agreement to sell the team.