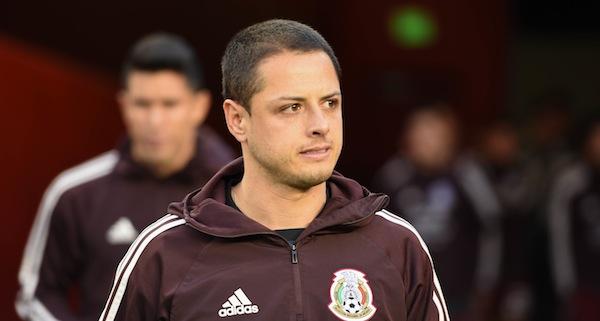 Osorio, however, is concerned that several of his foreign-based corps haven’t gotten enough action during the 2017-18 season.

“A true and negative reality is the limited participation our players had in Europe,” Osorio said upon announcing his squad.

ENGLISH PREMIER LEAGUE
Mexico’s top scorer Javier “Chicharito” Hernandez scored eight goals in 28 EPL appearances for 13th place West Ham, but he started only five games after a hamstring injury he sustained in November while traveling with the Mexico squad.

GERMAN BUNDESLIGA
After an eight-month absence following back surgery, midfielder Marco Fabian returned to Eintracht Frankfurt’s ranks in February and made seven Bundesliga appearances. But he seems to have made a full recovery and scored a brilliant free kick against Iceland in a World Cup tune-up match in Levi’s stadium in Santa Clara, California, in March.

SPAIN LA LIGA
In a successful debut season for Real Betis, midfielder Andres Guardado helped it secure a Europa League spot while playing in 29 La Liga games. But Osorio said Guardado, who has struggled with a leg muscle injury, is due for surgery and could miss up to 12 days of training.

Defender Hector Moreno and made eight appearances for Real Sociedad (after playing five Italian Serie A games for Roma before his winter transfer). Defender Miguel Layun played 15 games for Sevilla.

NETHERLANDS EREDIVISE
Hirving “Chucky” Lozano scored 17 goals and assisted on 11 while helping PSV win the Eredivise title. With pace and great ball control, the classic inverted winger’s dangerous right foot will look to complement LAFC’s Carlos Vela’s left on the opposite side of the field.

MAJOR LEAGUE SOCCER
With the brothers Jonathan and Giovani Dos Santos currently injured, Carlos Vela is the only in-shape player from MLS. And he’s in good form, too, with six goals and five assists in 10 games for Los Angeles FC in his MLS debut season.