World Cup Retro 1974: Five names to have at your fingertips

Here are five names to have at your fingertips about the 10th World Cup, hosted and won by West Germany. 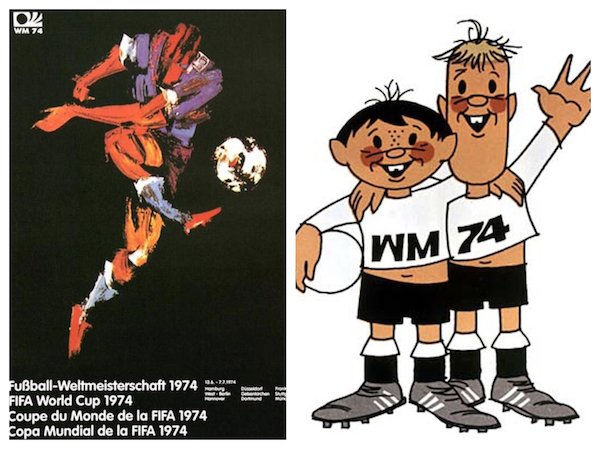 Emmanuel Sanon. Losses to Canada and Mexico ended the USA’s World Cup qualification hopes while Haiti stunned the Mexicans to represent Concacaf in Germany. After a promising start, taking a 1-0 lead over Italy on an Emmanuel Sanon goal (video), the Haitians fell 3-1, then got routed by Poland, 7-0, and lost to Argentina (4-1, with Sanon scoring again). Sanon earned a contract with Belgium’s Beershot and finished his career with the American Soccer League’s Miami Toros and MISL’s San Diego Sockers. He then embarked on a long coaching career in the United States, working in California, Texas and Florida, where he died of pancreatic cancer at the age of 56 in 2008.

Augusto Pinochet. Chile’s National Stadium in Santiago was used as a concentration camp after Pinochet’s bloody coup of September 1973 in which Marxist president Salvador Allende was killed. Chile qualified by winning a playoff against the Soviet Union, which refused to play in the stadium. In front of a half-full crowd, the Chileans dribbled down field and shot into an empty net for an official 1-0 win.

Jurgen Sparwasser. The draw had created the first and only soccer clash between East and West Germany. The host had already qualified for the second round, albeit with unconvincing wins over Chile and Australia. In the 77th minute, Jurgen Sparwasser scored for a 1-0 East Germany win. Germany coach Helmut Schoen, a Dresden native who had fled the GDR in 1950, went into depression while captain Franz Beckenbauer reportedly took charge, ensuring the insertion of youngsters Rainer Bonhof and Bernd Holzenbein into the squad.

Clockwork Orange. While Pele-less Brazil struggled, the Johan Cruyff-led Netherlands brought the tournament to life with “total soccer,” in which defenders and attackers continually switched roles. “It owed more to the element of surprise than any magic formula,” German captain Franz Beckenbauer said of the Dutch. “The opposition could not work out what tactics they were facing. It never dawned on them … that there were no tactics at all … just brilliant players with the ball."

Der Kaiser. The Germans too played a version of total soccer. Beckenbauer had revolutionized the role of the libero position. Originally an offensive midfielder, when he became a sweeper at Bayern Munich, "Der Kaiser" decided he could remain an offensive force with ventures forward that unsettled opponents used to man-marking. Paul Breitner, an attack-minded outside back, tied the final with a penalty kick after the Dutch had taken a 1-0 lead from the penalty spot in second minute. Gerd Mueller, who had scored 10 times in Mexico ’70, scored the gamewinner before halftime, and heroics from goalkeeper Sepp Maier preserved the 2-1 West Germany lead to set celebrations off in Munich’s Olympic Stadium.