World Cup Retro 1978: Five names to have at your fingertips

Here are five names to have at your fingertips about the 11th World Cup, hosted and won by Argentina. 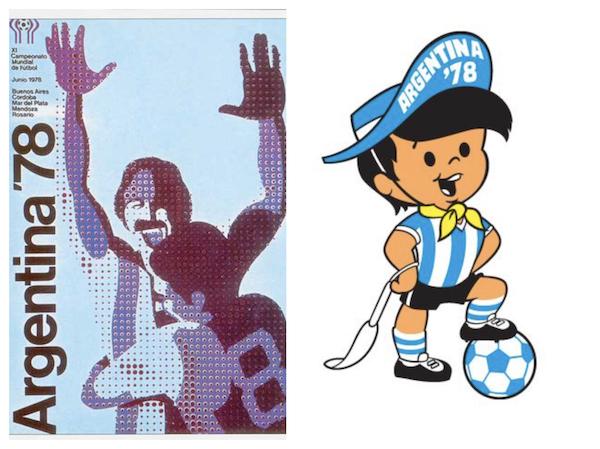 Madres de Plaza de Mayo. Human-rights advocates were appalled that FIFA let Argentina host the finals while its ruling generals carried out the “dirty war.” The left-wing guerillas (los Montoneros) promised not to disrupt the tournament -- “because we are men and women of the people” -- and the games went ahead as the brave Mothers of the Plaza de Mayo continued their protests of the disappearance of their children (los desaparecidos).

Berti Vogts. Defending champion West Germany was without Franz Beckenbauer, who spent that summer playing with the New York Cosmos, and Gerd Mueller, who retired from national team play at age 28 after winning the 1974 World Cup title although he kept playing club ball at Bayern and finished his career with the NASL’s Fort Lauderdale Strikers in 1981. Germany won just one game (a 6-0 win over Mexico) while captained by Berti Vogts. He had been credited with stifling Johan Cruyff in the 1974 final but scored an own goal in the 3-2 loss to Austria that eliminated the Germans in the second group stage in Argentina. It was Austria's first win over Germany in 47 years, dubbed the Miracle of Cordoba by the Austrians and the Disgrace of Cordoba by Germans.

Color TV. Television was only in black and white in Argentina before FIFA awarded it the World Cup and required the Argentines to provide color broadcasts for the world feed. The host country's residents still watched in black and white as only journalists viewing games in press centers got the color feed.

Leo Cuellar. A loss to Canada eliminated the USA before the final round of qualifying and Mexico returned to the World Cup for the eighth time. El Tri, which fell in the first round, was captained by Leo Cuellar. He left Pumas the following year for the USA, where he played San Diego Sockers and San Jose Earthquakes, and served as Cal State Los Angeles coach before coaching the Mexican women’s national team from 1998 to 2016.

Mario Kempes. Argentina was one of the few world powers not to have lifted a World Cup, and Carlos Luis Menotti was charged with making it happen on home soil. Menotti advocated an emphasis on skill and his detractors mocked his style as fulibito -- little soccer. Despite Argentina’s top talent having been long been lured to Europe, he also declared he’d field a squad of domestic players. His one exception was Valencia’s Mario Kempes. The Dutch were without Cruyff, but still reached the final. There waited Argentina. Kempes scored his fifth and sixth goals of the tournament in a 3-1 overtime victory for the host, an attacked-minded team that featured three forwards and midfield motor Ossie Ardiles.