Bobby Moffat on life in American pro soccer in the 1970s, the charm of Pele, and the NASL's legacy

In 1975, during Bobby Moffat's fifth season with the Dallas Tornado, he played against Pele  in the Brazilian great's debut game for the New York Cosmos. It was something Moffat couldn't have imagined during his early years in the old NASL after leaving England at age 24 for the Tornado's 1970 season. Moffat, whose jobs to supplement his Tornado income had included door-to-door encyclopedia and vacuum cleaner sales, is in the midst of helping organize the 50th Anniversary Reunion in Frisco, Texas, Oct. 19-21, for the old NASL, which kicked off in 1968 and folded in 1984 -- after sparking the American soccer boom.

Bobby Moffat is No. 14 in this 1970 Dallas Tornado program team shot. Coach Ron Newman is on the far right.

SOCCER AMERICA: How did your pro soccer career in England lead you to the USA?

BOBBY MOFFAT: I saw Ron Newman play for Portsmouth when I was a child and I played with him at Gillingham. We were quite close. As coach of the Dallas Tornado, he took the team on a tour of Scotland, England, Holland and Belgium in late 1969. He wanted to recruit people to play in the NASL, and all he ended up with was me. He asked are you interested? And I said yes. They played a game against my club Chelmsford City. The gate money went to Chelmsford in exchange for my contract.

SA: What made you decide to accept the offer?

BOBBY MOFFAT: The sheer fascination with America. Such a mythical thing in England when I was growing up. John Wayne movies. Cowboys and Indians, and so on and so forth.

It was a risk. But my wife, June, and I were 24. Our son Dorian was 11 months old when we came over. It was something new and adventurous. I was unsure what the standard was and I was unsure of what the jobs would be like that they promised us.

SA: What were the jobs?

BOBBY MOFFAT: The first job they got for me was working at Hunt Oil Company as a person who worked in the mail room, which was not exactly the type of job that I wanted. The second job, I tried to sell encyclopedias, then vacuum cleaners.

The fourth one, I ended up at the Greenhill School as a groundsman. There was me and a fellow called Oreco, my Brazilian Tornado teammate, who has a World Cup medal from 1958. We're both mowing the grass and trimming the bushes.

SA: What did you do after the first season?

BOBBY MOFFAT: First I spent a month in Mexico. Luiz Juracy, a Brazilian boy who played for the Tornado, a brilliant player, got me touch with clubs in Mexico. I trained for a week with Club America and I wasn’t going to get anywhere there. I spent about two weeks at Toluca, and played in an amazing game against Guadalajara. A reserve game before the main game. They asked us to stay but we didn’t have any money left.

I drove with my wife and young son from Texas to Mexico City, and back. It was a wonderful experience. I got the car up to 100 mph once going through the mountains. 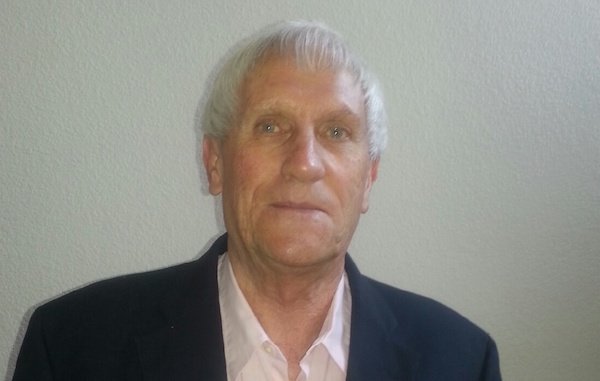 SA: And then you returned to the UK?

BOBBY MOFFAT: They came up with a few good jobs. We had the camps. In 1970, we had three-day camp with 60 players. The next year well over 200. It just blossomed from there. It gave us a start. When I finished playing in 1977, I ran camps, which were quite successful. Then we started doing tours, which were very successful.

In 1973, I got a TV job, the Soccer Locker on Channel 11, that lasted two years. In 1975 the soccer camp money started coming in. After the 1975 season, [Tornado general manager] Dick Berg hired me to do the Soccer Surge, which was a 50,000 issues monthly magazine. We put that out all across the Metroplex and I ended up the next couple of years doing programs. And from 1975 to 1977 we got decent wages that enabled us to save. ... We had a store for a while, "The Happy Jock." We sold running gear and soccer gear and were fairly successful, but it wasn't for me. I got out and the partners took over, but it was a great experience in marketing and sales.

SA: The Dallas Tornado players were famous for the outreach work they did in the community to popularize the game ...

BOBBY MOFFAT: It was a wonderful period of building the game in North Texas. We did clinics, turned up at radio stations, turned up at the youth fields. We went to the Texas State Fair and mingled with people. When we did the Soccer Surge magazine that I put together for the club, we would go to the fields on Saturday and get kid gets run to around and give out the magazine -- a great way for us to communicate with the fans. It's a lot of work to get 50,000 magazines out there.

We'd to go Moody Coliseum for the World Tennis Championship [created by Tornado owner Lamar Hunt] and do a soccer exhibitions in the middle of the tennis. Martina Navratilova sees us and she plays with us.

We did all kinds of things you never knew how they would turn out. European Crossroads [shopping center] had a fake snow day after Christmas and four or five of us were going to play volleyball soccer, dressed up as English policemen and Russian generals. But the roads were frozen, so no one else showed up. So it was just us playing. It was absolutely bizarre, but very memorable.

SA: You played eight NASL seasons, winning the title in 1971 and finishing runner-up in 1973. It was in 1975 when you played against Pele in his NASL debut. Could you have imagined that when you arrived in the USA? 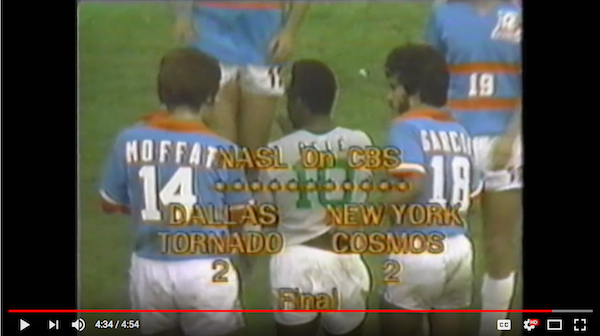 SA: What memories do you have of Pele?

I took my son to show him Texas Stadium -- our dressing rooms, the tunnels, the Cowboys' locker room. I went to the away locker room and there’s a lone figure laying with his legs on the bench. It was Pele there, and no one else. I said, I'm sorry to intrude.

He says no problem. "Is this your son?" I said yes. He took my son by the hand and he conducted the tour from there. Then he wrote the autographs. I'll never forget. Pele is a very nice man.

SA: You and your family settled in Texas. What was your post-playing career like?

BOBBY MOFFAT: We did the camps, and tours, soccer books and guides. I got into youth club system, the Dallas Flame. We got into a couple Dallas Cup finals, and started the Flamefest Tournament. It's still around, but we passed it on. Club soccer got very cutthroat, and I got out around 2006 and ended up just doing academies and training sessions for people -- and coaching a couple rec teams, which was much less stressful and a lot more enjoyable.

SA: How's it feel to see how far American soccer has advanced from the time you arrived at a six-team league in 1970 and worked so hard to promote the game?

BOBBY MOFFAT: I'm extremely pleased. It’s especially nice to see the opportunities children have in soccer now that didn't exist back them. The NASL spread the seeds from coast to coast.

[Editor's note: Former players of the old NASL can get information in the NASL50th Reunion Oct. 19-21 in Frisco, Texas, HERE,  and make contact HERE. The event, which includes a NASL Legends game, coincides with U.S. Soccer Hall of Fame opening and inductions on Oct. 20, and the FC Dallas-Sporting Kansas City game Oct. 21.]

nasl
3 comments about "Bobby Moffat on life in American pro soccer in the 1970s, the charm of Pele, and the NASL's legacy".
Read more comments >
Next story loading