In “Encyclopedia Blazertannica,” authors Roger Bennett and Michael Davies  deliver a charming, entertaining and unique book devoted to the culture of soccer seen from all around the world. 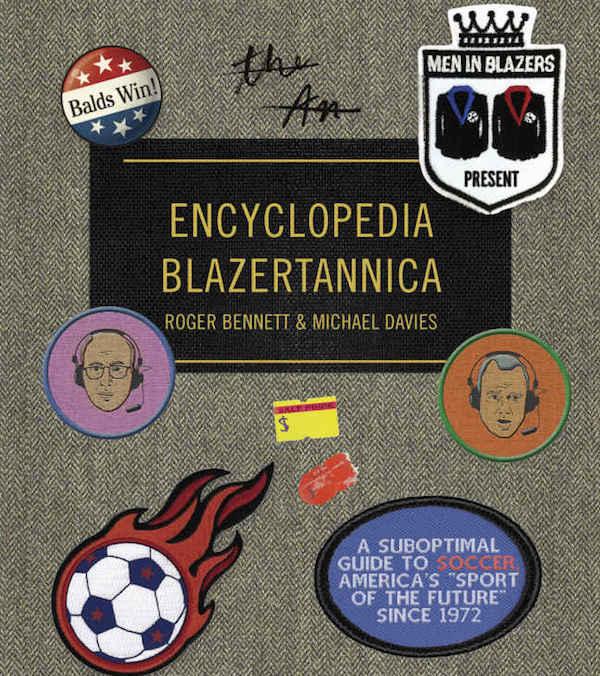 Its humor-laden content stands out among other soccer culture books because of Rog’s and Davo’s (as they go by in their podcast and now NBC TV Show, Men in Blazers) already have a cult following. They slip in an in-joke here and there, enough to keep their loyal fans happy, but not too often to alienate the reader who hasn’t the foggiest idea what Men in Blazers even is.

Bennett and Davies meeting each other was as happenstance as you could make up. After being forced to miss the 2006 World Cup final overtime period (read: Zinedine Zidane’s headbutt) between Italy and France because of a wedding on a boat, Bennett said he “attacked the bar with the fury Zidane had propelled his cranium into his opponent’s midriff and vented by skulking around the periphery of the celebration, scowling, and avoiding human contact.”

Another man next to him at the bar had a similar attitude, and when Bennett asked him if he was furious to miss the World Cup final, Davies replied: “furious enough to have contemplated sinking this boat.”

Thus began a soccer friendship like no other, and in fact, the two came up with the idea of the Men in Blazers podcast that night. This book is a culmination of that friendship in the language that they speak so fluently: soccer. 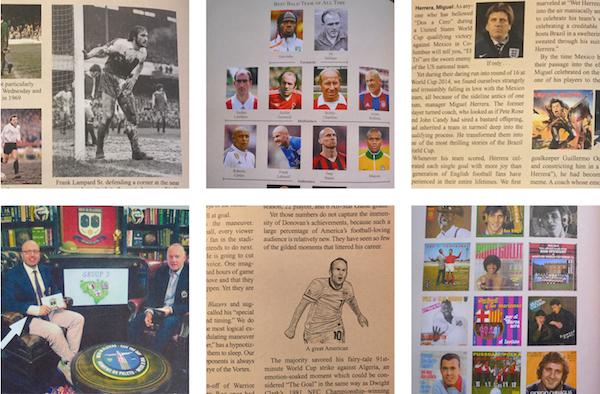 The book doesn’t miss much when it comes to pop soccer culture, and contains at least 10 people, songs, places, or ideas even the most avid soccer fan had no idea about before picking up the book.

For example, the “Polish Approach to World Cups and Euros,” told to the two of them by a Polish waiter in London. “We Poles always have a defined rhythm to the three group stage games we play at every major tournament in which we are inevitably eliminated.” They even have ritualistic names:

Match day one: “The opening game in which anything is possible.”

Match day two: “The must-win game in which our team’s survival is on the line.”

Match day three: “A dead rubber Game of Honor in which the result is irrelevant because the team is already eliminated.”

Great pictures (a long-haired Frank Lampard Sr. caked in mud defending a corner), and even better graphics (“greatest 28 penalty kick misses of all time” and “the worst tattoos in World Football) complement the satirical writing that Rog and Davo have made famous.

Rog and Davo dovetail their love and encyclopedic knowledge of the games American pop culture, referencing Alexi Lalas’ love for Van Halen on one page and Attorney General Loretta Lynch’s battle against FIFA corruption the next.

Omnipresent is their long list of inside jokes peppered throughout the 200 wide, thick pages. A full page is related to baldness, and Davo self-created word “Joink!” invites the reader to jump into Rog and Davo’s utterly hilarious soccer universe.

In a sport as global as soccer, the “Encyclopedia Blazertannica” highlights Rog and Davo’s humor, expertise and experience in the enjoyable journey of the personalities, coaches, players, countries, controversies, and jokes that makes the culture of soccer what it is today.