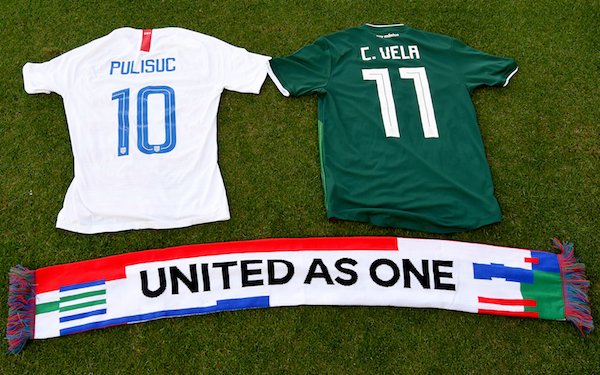 Musa Bility, president of Liberia's soccer federation, says it will vote for United 2026 in opposition to Africa-backed Morocco when FIFA's 211 members meet June 13 to decide the host of the 2026 World Cup.


Scorecard: Who's supporting whom in World Cup 2026 bid race

Bility ran for FIFA president in 2015 but failed an eligibility test. He broke ranks with the Confederation of African Football, which supported Sheikh Salman bin Ebrahim Al Khalifa of Bahrain in the race Salman lost to Gianni Infantino on the second ballot. It also included Prince Ali of Jordan, Bility's favorite.

To date, there have been 10 declarations of support for Morocco from African federations or sports ministers.

(South Africa's federation came out in support of Morocco, then South African minister of sport and recreation Tokozile Xasa declared her government will not support Morocco, with which South Africa has been at odds over the Saharawi Arab Democratic Republic‚ also known as the Western Sahara.)
world cup 2026
Next story loading