Christian Pulisic back home with his peers to lead the USA 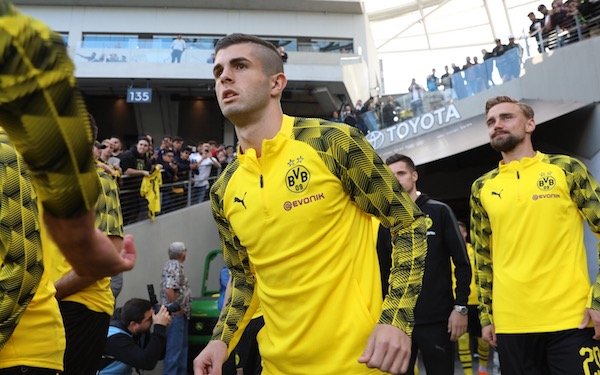 The USA has played three games since failing to qualify for the 2018 World Cup, but Monday's game against Bolivia in Chester, Pennsylvania, should mark the beginning of the new cycle.

This friendly is different. It will be the first game with 19-year-old star Christian Pulisic back in the team. By the end of Hexagonal, he was the go-to player in the U.S. attack, leading the USA in goals (6) and tied with Clint Dempsey for the most assists (4) in just nine games played in 2017.

Of the 16 goals the USA scored in 2017 in the Hexagonal, Pulisic was responsible for 11 of them with goals, assists or fouls suffered that led to goals off free kicks.

But instead of being surrounded by veterans like Jozy Altidore, Michael Bradley and Dempsey, Pulisic is now with his peers, like fellow teenagers Weston McKennie and Timothy Weah, who should be playing in the UEFA Champions League with Pulisic next season.

"I'm really excited to see some new faces, some younger faces," Pulisic said on Sunday. "We continue to develop younger players, and it's really important for our team moving forward. But me being a younger guy, it's definitely cool having younger players around, guys that I can talk to. I have more experience, and even though I'm still pretty young I can talk to these guys because we're going through similar things. It's great to have these guys around."

Pulisic and McKennie played against each other twice this season when Borussia Dortmund faced Schalke 04 in the Revierderby, but they haven't been teammates since their youth national team days that goes back to 2011 and their first U-14 camp organized by Manfred Schellscheidt.

"I know Weston well," Pulisic said. "I played with him since under-14 national team camp. To get to play with him now on the full men’s national team, it’s definitely an exciting time. I’m definitely looking forward to it."

Pulisic is back in his home state of Pennsylvania for the first time since the 2016 Copa Centenario when he was a reserve in the USA's 1-0 win over Paraguay at Philadelphia's Lincoln Financial Field. No other player who played for the USA in the Copa Centenario is back in town for the Bolivia game.

Since then, Pulisic has played 85 games in two seasons at Borussia Dortmund. He reached the quarterfinals of the Champions League -- where the Dortmund team bus was the target of a bomb attack -- and won the German Cup in 2017.

He's also played under three coaches at Dortmund and watched frontline partners Ousmane Dembele and Pierre-Emerick Aubameyang leave from Barcelona and Arsenal, respectively. Speculation has grown that Pulisic will soon be on the move. 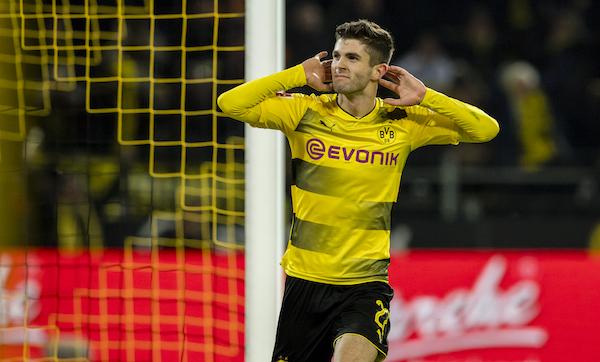 “I’ve developed so much as a player since then," Pulisic said of the last two years. "I’ve had so many more experiences over in Europe, and also with the national team. Slowly getting more and more minutes, and experiencing things and learning more about the game and about myself. I just feel like a much more developed and confident player.”

By his own admission, it's been a long season. After the Bundesliga season, he flew to Los Angeles to play a friendly with Dortmund against LAFC before heading back to Philadephia.

He won't say it, but Pulisic is not just physically but emotionally tired. Instead of building up for the World Cup, as he hoped, he's winding down for an early summer vacation.

"I'm doing everything I can to keep myself fresh," he said, "and I'll definitely be ready for tomorrow."