World Cup Retro 1986: Five names to have at your fingertips

Here are five names to have at your fingertips about the 13th World Cup, hosted by Mexico and won by Argentina. 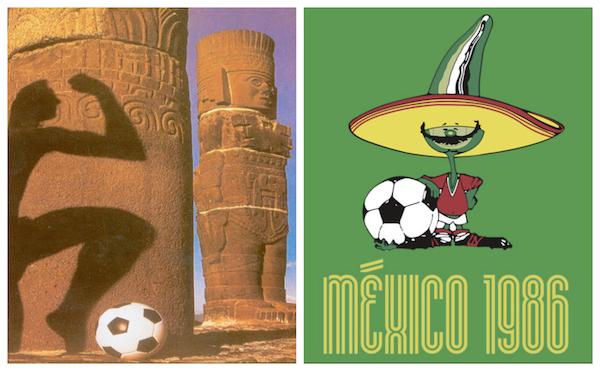 Televisa. Colombia was slated to host, but it became apparent that a 24-team tournament was too much for it to handle. Mexico, thanks to financial guarantees offered by Televisa, became the replacement and the first nation to host two World Cups. On Sept. 19, 1985, a powerful earthquake destroyed much of Mexico City, killed 7,000 and left 30,000 homeless. The stadiums were unscathed. But at the opening game in Azteca Stadium, President Miguel de la Madrid’s speech was drowned out with jeers by Mexicans dissatisfied with the government’s response to earthquake victims. When Televisa executive and World Cup chairman Guillermo Canedo was asked about the expensive ticket prices that out-priced masses of Mexicans, he said, “People always have TV.”

Bora Milutinovic. The Yugoslav ended his playing career in Mexico with UNAM Pumas, with which he launched his coaching career. He became Mexico’s coach in 1983 and was charged with at least matching El Tri’s best World Cup performance ever, a quarterfinal appearance when it hosted in 1970. The nation erupted in mass parties as El Tri went undefeated in the first round and beat Bulgaria in the round of 16. West Germany beat Mexico in a penalty-kick shootout in the quarterfinals. Milutinovic went on became the first person to coach five different nations in five World Cups, including the USA in 1994.

The Wave. Fans often performed the wave, a common stunt at U.S. sporting events games mimicked by the Mexicans. But new to European broadcasters, they misnamed it the “Mexican Wave.”

Gary Lineker. England started with a 1-0 loss to Portugal and a scoreless tie with Morocco but reached the second round thanks to Gary Lineker’s hat trick in a 3-0 win over Poland. Lineker struck twice in a 3-0 round of 16 win over Paraguay, which featured former New York Cosmos Julio Cesar Romero and Roberto Cabanas, to set up a quarterfinal clash with Argentina that was hyped up because the 1982 Malvinas/Falklands War. Lineker scored his sixth goal to become tournament leading scorer but Diego Maradona stole the show with his “Hand of God” goal and his magnificent second in which he dribbled through half the England team.

Diego Maradona. He dominated the tournament as no player ever had, inspiring an otherwise unspectacular Argentine team to the title. After his feats against England, Maradona scored both goals in the 2-1 semifinal win over Belgium -- the team that had beat up on him at the 1982 World Cup. He was hounded by Lothar Matthaeus in the final against West Germany, but hit the pass that set up Jorge Burruchaga’s gamewinner in the 3-2 victory.