World Cup Retro 1990: Five names to have at your fingertips

Here are five names to have at your fingertips about the 14th World Cup, hosted by Italy and won by West Germany. 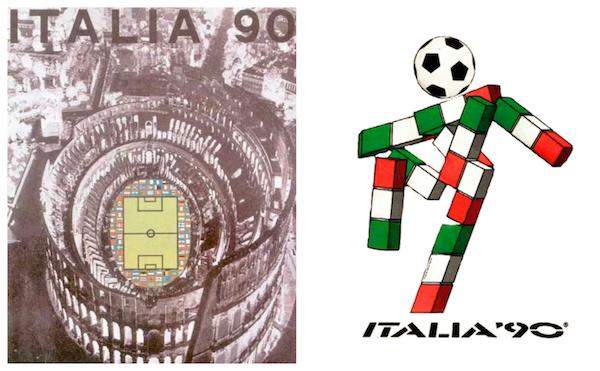 Paul Caligiuri. The USA, after a 40-year absence, returned to the World Cup thanks to Paul Caligiuri’s goal that gave the USA a 1-0 win at Trinidad & Tobago in the must-win final qualifying game. Mexico was banned for having used overage players in a U-20 tournament and Costa Rica took the other Concacaf spot. Caligiuri scored the USA’s lone goal in its 5-1 opening loss to Czechoslovakia and Coach Bob Gansler’s team exited after losses to Italy (1-0) and Austria (2-1). Bora Milutinovic-coached Costa Rica upset Scotland and Sweden in a run to the round of 16.

Roger Milla. Cameroon became the first sub-Saharan African nation to reach the second round, where it beat Colombia in the round of 16. The Indomitable Lions were led by 38-year-old Roger Milla, who scored four goals, each celebrated with a dance near the corner flag. In the quarterfinals, they led England 2-1 with seven minutes left but paid the price for their reckless tackling and fell 3-2 in overtime on two Gary Lineker penalty kicks.

Salvatore Schillaci. The Sicilian striker had played only once for Italy before the World Cup but came on as a sub in Italy’s first game and scored for a 1-0 win over Austria. “Toto” Schillaci also struck in wins over Czechoslovakia, Uruguay and Ireland – and in the 1-1 semifinal tie with Argentina that was settled by penalty kicks in Argentina’s favor. Schillaci’s goal in a 2-1 third-place win over England earned him the Golden Shoe in what remains the lowest-scoring World Cup in history at 2.2 goals per game.

Jurgen Klinsmann. West Germany had been the most exciting team in the first round, by far the highest scoring team with 10 goals. But it faced European champion the Netherlands, led by Ruud Gullit and Marco Van Basten, in the second round. After Frank Rijkaard was red-carded and spit on Rudi Voeller -- also ejected although for reasons unclear -- Jurgen Klinsmann played his most memorable game for the national team as the lone striker and scored the go-ahead goal in a 2-1 win.

Franz Beckenbauer. The Germans beat the Czechs in the quarterfinals, 1-0, and England in the semis on penalty kicks. Diego Maradona, plagued by a damaged ankle, still led Argentina to the final, downing on the way a Brazilian team despised by its fans for adopting a European system of play. In the lowest scoring final in history up to that point and the first in which a team was shutout, the Germans won, 1-0, on a Andy Brehme penalty kick. Beckenbauer, after Brazil’s Mario Zagallo, became the first man to win a World Cup as a player and coach. And the first to captain and coach a World Cup winner.