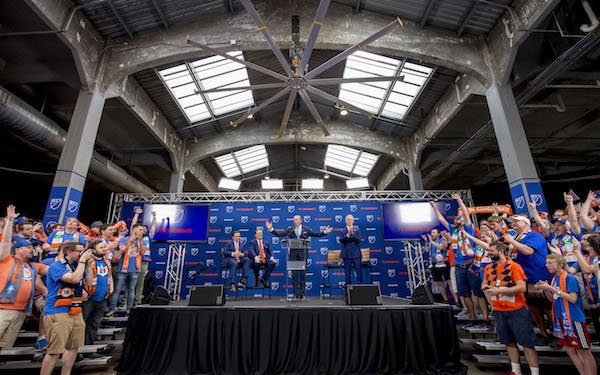 Just 26 months after it played its first USL game, FC Cincinnati is headed to MLS.

FCC took Cincinnati by storm, drawing so well that by its second season it jumped to the top four among the 12 MLS expansion bidders.

More than five months after Nashville was awarded an MLS expansion team, Cincinnati was awarded one of its own. The kicker: FC Cincinnati will begin play in MLS next season as the league's 24th team.

Miami and Nashville will have to wait to begin play in 2020, while Sacramento and Detroit, the other two expansion finalists, fall back into the pack with other bidders seeking the league's next two expansion berths.

The 2019 start is ironic, given that FCC will play at Nippert Stadium, where it currently plays. MLS refused to consider the University of Cincinnati football stadium as a permanent home and turned down FC Cincinnati's initial choice for a stadium, in the Oakley neighborhood.

In all, it took FC Cincinnati management more than a year to settle on a site for a soccer-specific stadium: Cincinnati's West End. Last week's approval of an amendment to a community benefits agreement for the West End neighborhood was the final sign-off needed for MLS to give a green light to the Cincinnati group

In Year 3, FC Cincinnati is averaging 24,417 fans a game -- which would rank fifth in MLS -- and Tuesday's expansion announcement drew close of 1,000 fans at Rhinegeist Brewery in Over the Rhine. 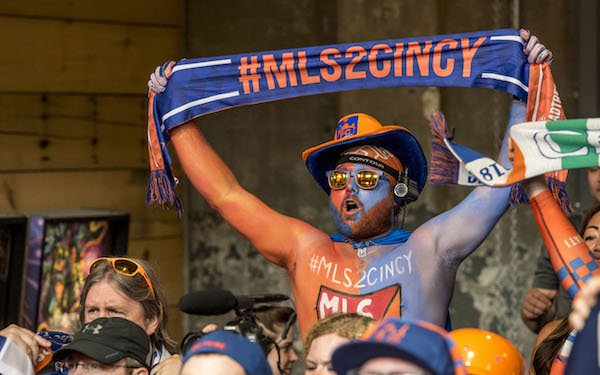 MLS commissioner Don Garber likened the West End stadium site to a couple of the great stadiums of the world: Real Madrid's Bernabeu and Liverpool's Anfield.

"You have a stadium that is going to be built in a great part of the community," he said.

Garber credited the Cincinnati fans, though, with winning the day.