Why to be bullish on Brazil

With a score to settle after that  game against Germany in the 2014 World Cup semifinals, Brazil, as usual, looks to be one of the top five teams in Russia. Any fear that Neymar  would lack game sharpness after a three-month injury layoff was squanched when he took the field in the second half against a defensively minded Croatia team on Sunday. 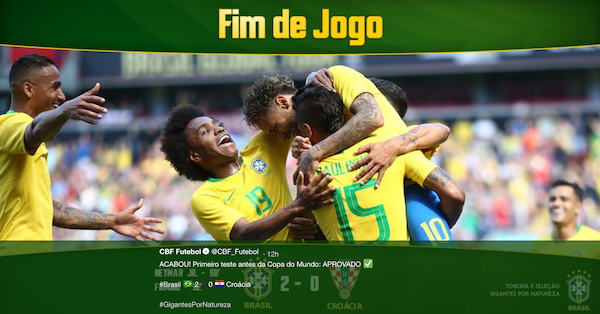 In the 2-0 win, Neymar looked his normal self after entering at halftime -- gliding past opponents with ease, picking up the ball from deep and running the show for the Selecao. In the 69th minute, Coutinho slotted a ball down the left side to Neymar.

Brazil’s fourth highest international scorer stuttered once, then once more as he dribbled into the box, finally cutting in and taking two deceptively quick touches before firing the ball into the left corner. It was only Brazil’s second shot on target.

THE 2014 SURVIVORS. Only five players are on Coach Tite’s squad who featured in 2014: Marcelo, Thiago Silva, Paulinho, Willian and Neymar. After an early exit at the hands of Peru in the 2016 Copa America Centenario, Coach Dunga was sacked for the second time by the Brazilian Federation after being fired for the first time in 2010.

Perhaps the early Copa America exit was a blessing in disguise: it gave Tite enough time to redesign an ageing Brazil that was ultra-conservative following its embarrassing exit to Germany two years prior.

Brazil’s midfield may appear conservative at first glance: the trio of Paulinho, Casemiro and Fernandinho will probably be better at stopping attacks than creating them. But with a bench with the likes of Willian, who made the Anfield crowd ooh and ahh, and Coutinho, who the Anfield crowd booed out of jealousy, Brazil has plenty of creativity when it needs it.

The nightmare of 2014 is still clearly etched in Brazil consciousness. If it does make it far into the tournament, you can be sure Tite will opt for the more defensive trio in midfield, knowing that another embarrassment would be too much to bear for the five-time world champions.

For a country that’s expected to reach the final every four years, perhaps what is most surprising is that they often have the squad to do it. Marcelo’s sublime skill combined with Neymar’s guile and ability reminds us of the Brazil of old, and it’s a shame to say the least that Dani Alves’ knee injury prevents him from complementing him on the other side.

Coming off of superb club seasons, Firmino and Gabriel Jesus will look to dazzle in their World Cup debuts; the former netted a composed finish for Brazil’s second goal against Croatia in stoppage time after coming on for the latter earlier in the half.

When one creative player has an off-day in Russia, a few more will likely fill the void. Balanced, experienced, and still a carnation of the Brazil the world knows and loves, they are a serious contender to lift the most coveted trophy in all of sports come July 15. 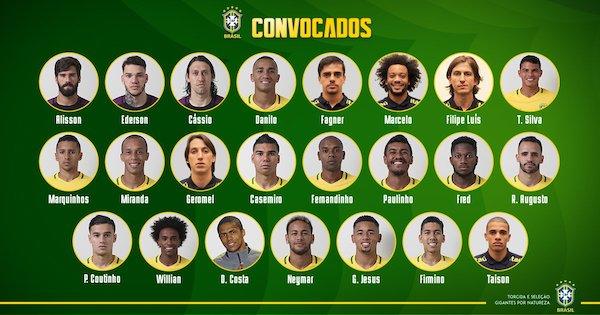