World Cup Retro 1998: Five names to have at your fingertips

Here are five names to have at your fingertips about the 16th World Cup, hosted and won by France. 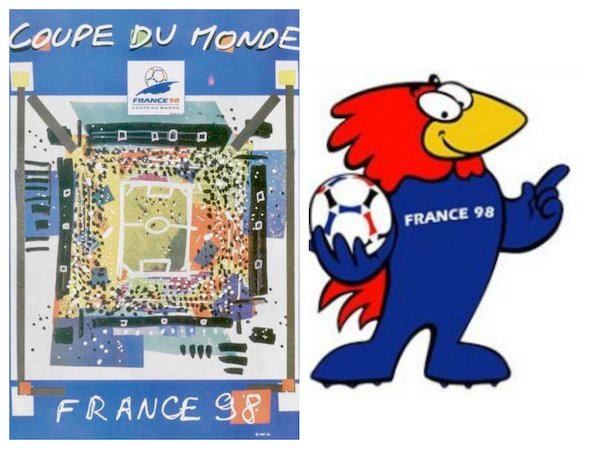 Brian McBride. The USA, with arguably its most experienced squad ever, arrived in France with high hopes stemming from first-ever wins over Brazil (1998 Gold) and Argentina (during a fourth-place finish at the 1995 Copa America.) But the Americans lost all three games, falling to Germany, 2-0, in the opener, Iran, 2-1, and Yugoslavia, 1-0, after it was already out of contention for the second round. Brian McBride scored the USA’s only goal.

Esse Baharmast. The lone U.S. referee at the tournament became the subject of major controversy for calling a penalty kick against Brazil that resulted in a 2-1 Norway win and “It was 36 hours of agony,” Baharmast said. “I wouldn’t wish it on my worst enemy.” The media slammed Baharmast for a calling an infraction that none of the 16 TV cameras captured. British newspapers claimed the American referee didn’t have the experience for an important game. But then a Swedish television station published a still frame showing the Junior Baiano clearly pulling Tore Andre Flo’s jersey in the box.

Ronaldo. Four years earlier, at age 17, Ronaldo went to the World Cup but didn’t see action. He arrived at France ’98 as the back-to-back FIFA World Player of the Year winner and scored four goals on Brazil’s way to the final. But on the afternoon of the big game, Ronaldo suffered a seizure in his hotel room. He was cleared by doctors to play but performed sluggishly and Coach Mario Zagallo inexplicably kept him on the field the entire 90 minutes.

Zinedine Zidane. France, which hadn’t qualified for the World Cup since 1986, became, after Mexico and Italy, the third nation to host the World Cup twice. The tournament was expanded from 24 to 32 teams. Jean-Marie Le Pen, head of France’s right-wing National Front party, mocked “Les Bleus” as “artificial” because so many of its players had foreign heritage. French playmaker Zinedine Zidane, the son of Algerian immigrants, was red-carded in France’s second game for stomping on Saudi Arabia's Fuad Anwar. He returned from a two-game suspension to help France overcome Italy and Croatia to reach the final against Brazil. Zidane with two first-half headers led France to a 3-0 win and its first World Cup title. Not since 1978, when Argentina lifted the title, had the World Cup had a first-time winner.