World Cup Retro 2002: Five names to have at your fingertips

Here are five names to have at your fingertips about the 17th World Cup, hosted by Japan and South Korea and won by Brazil. 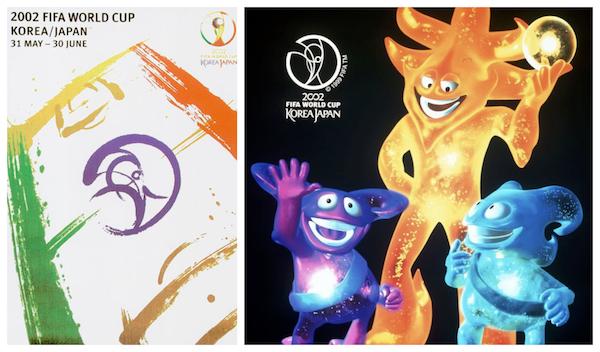 Papa Bouba Diop. Regional rivals Japan and South Korea competed so fiercely to host the first World Cup outside Europe and the Americas that FIFA settled on making them co-hosts. Each country provided 10 venues. Japan got the final and the Koreans got the opening game, which pitted defending champion France against its former colony, Senegal. Papa Bouba Diop scored, while on the ground, for a 1-0 Senegal win. France exited winless and goalless while Senegal reached the quarterfinals, losing to Turkey. “I made Senegal famous,” said Bouba Diop.

Bruce Arena. U.S. Soccer fired Steve Sampson shortly after the USA’s three-loss performance at France 1998 and replaced him with the most accomplished American coach to date: Bruce Arena, who had guided Virginia to four NCAA Division I titles and D.C. United to the first two MLS crowns. Arena gave the captain’s band to his former UVA leader, Claudio Reyna, who became the first American named to a FIFA World Cup All-Star Team.

Landon Donovan. Included in the USA squad was 20-year-old Landon Donovan, the Golden Ball winner at the 1999 Under-17 World Cup who had just one full pro season under his belt, with the San Jose Earthquakes. Arena used Donovan at forward, right midfield, left midfield and central midfield. In the 3-2 upset over Portugal, Donovan hit a cross that deflected off Jorge Costa and into the goal -- in between goals by John O’Brien and Brian McBride. Donovan scored in the 3-1 loss against Poland and the 2-0 round of 16 win over Mexico. The USA fell in the quarterfinals, 1-0, to Germany, for its best World Cup performance since reaching the semifinals of the 13-team 1930 World Cup.

Byron Moreno. South Korea had qualified for the previous four World Cups but never reached the second round. Under Dutch coach Guus Hiddink, the Koreans downed Poland (2-0), tied the USA (1-1) and beat Portugal (1-0), the latter game sending the USA through despite its 3-1 loss to Poland. The Koreans finished fourth after dispatching Italy and Spain before losing to Germany in the semis. Their 2-1 win in the round of 16 over Italy is remembered for an officiating performance that in overtime nullified Damiano Tommasi’s would-be golden goal and the dubious ejection of Francesco Totti for diving. Later that year, the Ecuadoran referee Byron Moreno was suspended for adding 13 minutes of stoppage time to an Ecuadoran league game and in 2010 was arrested for smuggling 10 pounds of heroin at JFK International Airport in New York.

Ronaldo. Brazil coach Luiz Felipe Scolari took charge of the Selecao when it was in danger of failing to qualify and steered the team to the finals. Ronaldo, who had suffered a mysterious aliment before Brazil’s 1998 final loss and who missed the 2000-01 season and much of the 2001-02 season at Inter Milan with knee injuries, returned to fitness in time for the 2002 World Cup. He scored a tournament-leading eight goals, two of which came in the 2-0 win over Germany in the final.