World Cup Retro 2006: Five names to have at your fingertips

Here are five names to have at your fingertips about the 18th World Cup, hosted by Germany and won by Italy. 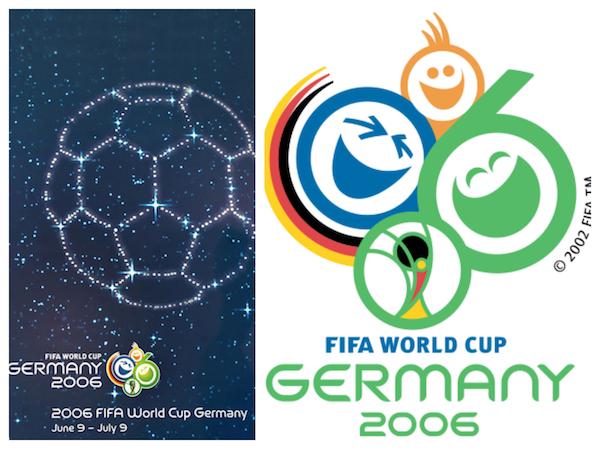 Angela Merkel. “A Time to Make Friends” was the official slogan of a World Cup in which Germany would have a chance to show it’s a “hospitable, joyful and modern nation bursting with ideas,” said Chancellor Angela Merkel. Coach Jurgen Klinsmann called it a chance to “redefine, re-brand Germany … as friendly, open relaxed.” While previous big tournament hosts discouraged ticketless fans to come, the Germans welcomed all and set up big-screen Fan Fests that drew 16 million cumulatively throughout the tournament, making it the “best World Cup of all times,” according to FIFA President Sepp Blatter.

Graham Poll. English referee Graham Poll miscounted and handed out three yellow cards to Croatia's Josep Simunic against Australia. The referee with the most difficult assignment, however, was referee Valentin Ivanov for the game between Portugal and the Netherlands, which started the clash trying to disable Cristiano Ronaldo. After 90 minutes Ivanov handed out 16 yellow cards and four reds in what became known as the Battle of Nuremberg. All cards to both teams were totally justified.

Clint Dempsey. The Bruce Arena-coached USA disappointed, finishing last in its group with its only silver lining being able to say it tied the eventual champion, Italy, 1-1. The U.S. goal was an own goal by Cristian Zaccardo before the Italians had Daniele De Rossi sent off and red cards were shown to the USA’s Eddie Pope and Pablo Mastroeni. Clint Dempsey was the only American to hit the net, in a 2-1 loss to the Ghana that sent the USA home.

Jurgen Klinsmann. The German national team hit a nadir when eliminated in the first round of Euro 2004 and Michael Ballack was its only field player who could be considered world class. Jurgen Klinsmann, who won the 1990 World Cup as a player with West Germany, was living in California, since 1998, when the DFB put its faith in a man who had never coached. The team played attack-minded soccer, was the highest scoring of the tournament, and so pleased the fans that its third-place finish was celebrated as if the Germans had won it all. Klinsmann stepped down immediately after the tournament and returned to the USA while the team’s run was depicted in the documentary, “Sommermaerchen” (“Summer Fairytale”).

Marco Materazzi. Italy downed Germany in the semis and France beat Portugal to set up an all-Mediterranean final. The Italians arrived in Germany in the wake of a Serie A game-fixing scandal and Italian Prime Minister Romano Prodi made the case that the Azzurri “represent the positive of our people: fortitude, creativity and talent.” All 20 of Italy’s field players saw action. They scored 12 goals -- by 10 different players -- second only to Germany. The Italians conceded just two goals, committed the fewest fouls while suffering the most. France tied Switzerland and South Korea but its run to the final was highlighted by 33-year-old Zinedine Zidane’s domination in a 1-0 win over Brazil in the round of 16. But Zidane ruined it for Les Bleus when he was ejected for head-butting Marco Materazzi in the final and getting red-carded for the off-the-ball incident. Fans in Berlin’s Olympic Stadium, unaware of why Zidane was ejected, booed Italy as it lifted its fourth World Cup following a shootout win to settle the 1-1 tie. Amazingly, Zidane was named FIFA’s Golden Ball winner, an honor that should have gone to Italian defender Fabio Cannavaro.